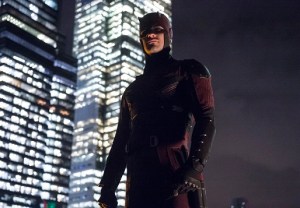 Marvel’s Daredevil will continue to fight crime in Hell’s Kitchen — but with new bosses.

Netflix has renewed the series for Season 2, which is slated to premiere in 2016.

“While previous commitments unfortunately prevent me from continuing on with Daredevil into its second season, I could not be happier that Doug Petrie and Marco Ramirez are carrying the torch,” DeKnight said in a statement. “They were invaluable collaborators during our first season, and I for one can’t wait to see what they do with the show moving forward.”

Congrats to my amazing cast and crew of the official green light for season 2 of #Daredevil! Could not be prouder!

Unfortunately I won't be returning to #Daredevil due to a previous commitment in the feature world. More to come on that in the future.