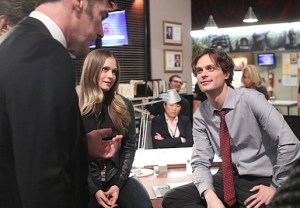 For this Wednesday’s Criminal Minds (CBS, 9/8c), cast member Matthew Gray Gubler again stepped behind the camera, directing a script by three-time collaborator Breen Frazier, which means viewers can count on an especially “out there” installment.

Having directed the crime drama on seven previous occasions — including Season 8’s infamous “human marionettes” case — Gubler this time brought to life the mystery of several people with no apparent connection who are haunted by the titular “Mr. Scratch,” a talon-wielding “shadow monster.” Here, the actor/director previews his latest twisted effort and reveals what gives himself the heebie jeebies.

TVLINE | Was it just the luck of the draw that you worked with Breen Frazier again, on “Mr. Scratch”?
No, at this point… This is our third one together [including Season 6’s “Lauren” and Season 9’s “Blood Relations”], and he and I have such a shorthand when it comes to storytelling that we’re sort of paired on purpose. He’s always been the closest thing to “the real-life Spencer Reid” that I know, so of course we get along tremendously. I love his writing, he loves my directing.… We couldn’t be a better team.

TVLINE | I once asked [showrunner] Erica Messer what is it that you bring to these episodes that they’re typically especially creepy, and she suggested the writers put their “extra-twisted hat” on for you.
[Laughs] I think that’s pretty accurate!

TVLINE | Why do you think the episodes you direct tend to be particularly unsettling?
You know, I try to approach directing from the most classic standpoint imaginable. A lot of my influences are from the old German expressionist films, and early film noir. I think it’s a slower-paced, more subjective, less gory style of directing, and that services our episodes really well. People will always be the most scared of what they can’t see, so doing that will always make these episodes extra creepy. 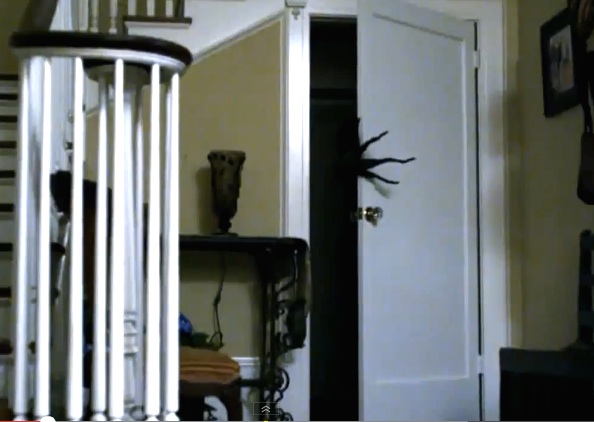 Showing a bit of restraint is, I think, integral to good, spooky filmmaking.

TVLINE | Like, only show us the tips of the monster’s talons. Keep people guessing what the hell could possibly be around the corner.
Exactly.

TVLINE | This episode touches upon SRA, the Satanic Ritual Abuse movement from the 1980s. Did you make a point to do any research on that, for background?
I’m of course very familiar with it, having been on Criminal Minds for a decade, where it has come up a few times. [Laughs] But it’s an interesting thing, and Breen sort of grew up in that era, so it also has a relevance to him.

TVLINE | Being a comic book fan, but did you, as I did, get any kind of a Scarecrow vibe from this mind-controlling UnSub?
Oh, thank you! It’s interesting, I never thought of that, with the gassing [and preying on fears]…. I’m sure that on a subconscious level I did. I’m a big fan of every version of Batman, and especially the Batman villains, but that just occurred to me. I was more influenced, truthfully, by Nosferatu, by F.W. Murnau…. All the shadow work in that.

TVLINE | Yes, I picked up on that in scenes where you kept the UnSub in partial shadow or just out of focus, so we can’t quite get a grasp on what he looks like.
It’s funny, I do what is normally not done on TV, which is trying to show less. I want the audience to lean forward, I want to have him softly whispering so the audience has to be on the edge of their seat to hear what he is saying, and thus be hypnotized themselves. It’s a tactic I’ve always tried to employ with directing anything – and it’s especially effective in this episode.

TVLINE | What was your most interesting nut to crack this time as director?
That would be the whole [character name redacted] angle of it all, and making the ending work properly. It ends in a very subtle and quiet manner, which is very contradictory to the first 41 minutes of the episode, which is sort of an unrelenting freight train of craziness. That was the biggest challenge, making sure that the last scene works, that it makes you think, and that it, hopefully, leaves you with a lot of questions in your mind, which leaves the episode fresh in your brain with weeks to go.

TVLINE | Right, because I certainly don’t consider this story to be over.
Neither do I.

TVLINE | So what are your fears? What is Matthew Gray Gubler afraid of?
This sounds totally crazy, but I’m terrified of buffaloes, and of the Abominable Snowman. I’m very scared of large beasts. [Laughs] There’s something sort of prehistorically disturbing and haunting about buffaloes. So, both of those — along with about 1,000 other neuroses!