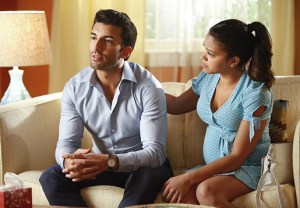 Are Jane the Virgin and her baby daddy Rafael really over?

Although the couple split up in last week’s episode, executive producer Jennie Urman cautions fans not to give up hope, especially since Jane tries her best to repair the damage in tonight’s baby shower-themed hour (The CW, 9/8c).

And Jane/Michael ‘shippers? Don’t worry, there’s a glimmer of hope for you, too. But a fourth party is inserting themselves into this already messy love triangle — yep, we’re directing our side-eye toward you, Petra!

Read on for scoop on the love square, Rogelio and Xo’s future, Sin Rostro’s comeback and more.

TVLINE | From the promo, it looks like Jane is not willing to let the break-up with Rafael stick.
She’s just shocked. She doesn’t know what happened. They were having problems, but it was a process. She doesn’t know that he just saw his mother and he just had this bomb dropped on him. His world has just been turned upside down [because] suddenly his father is looking like he was the good parent. Jane doesn’t know any of it, so it’s hard for her to accept. [Tonight’s episode] is the journey of that. 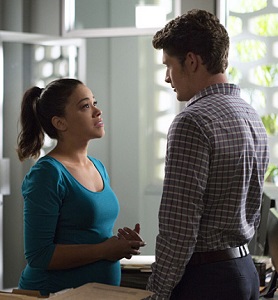 TVLINE | Is Michael going to learn about the break-up?
He’ll learn about it sooner rather than later. But Jane and Rafael just broke up and it’s their baby shower. Everyone is there to celebrate the happy couple, and they’re not feeling as happy as they might expect. [But] they have a few breakthroughs, so you can’t count them out yet.

TVLINE | What can we expect from the love triangle going beyond this week’s episode?
The journey has a lot of bumps for all three of them. Actually, all four of them. Petra also plays a part in it. [Her feelings for Rafael] are a pivotal point.

TVLINE | What about Andie’s role in all of this?
Jane now knows that Andie was hanging around her because of her curiosity about Michael and why he couldn’t quite get over her. That will play out in [tonight] to a certain extent. Michael will resolve it in some way. It will maybe be surprising. [Laughs]

TVLINE | Last we saw, Roman/Aaron and Petra were racing off in the car. What’s coming up with them?
He has to make a big decision regarding Petra because now she knows [the truth about him] and he has things to accomplish. Petra and Aaron have quite an exciting — and also terrifying — journey in the next episode.

TVLINE | Are we going to be seeing Sin Rostro? And will she be played by Bridget Regan, since there was that hint that she may have changed her face?
You will feel the effects of Sin Rostro by the end of the season, definitely. You will see some of Sin Rostro. 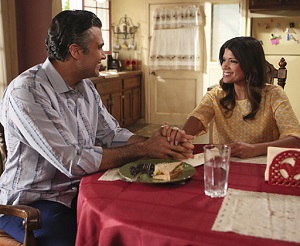 TVLINE | There was also a surprising kiss between Xo and her ex in the last episode. How is that going to affect her relationship with Rogelio?
She has to decide whether or not to tell him. She just acted out in an immature and maybe self-protective way. She was feeling hurt and rejected, so she did something that, as you saw, she immediately regrets and now she has to decide whether she should tell Rogelio and whether his ego can handle the kiss.