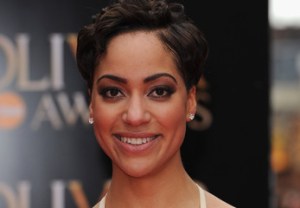 The Good Wife has an opening for a new private eye. A buzzy actress is set to join the cast in a major-ish role. You do the math.

London-based thesp Cush Jumbo — whose TV roles include Torchwood: Children of Earth and Getting On — has signed on to recur in the CBS drama’s upcoming (yet not-officially-announced) seventh season, Deadline reports.

Although it’s unclear who Jumbo will be playing, one could (and will) speculate that she’ll be taking the investigator reins from Archie Panjabi’s exiting Kalinda. CBS has not confirmed this theory, however.