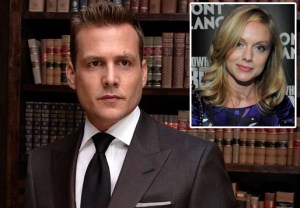 This may be the season Harvey finally gets his head on straight.

Look for the two to play a game of cat and mouse throughout the season, although it’s unclear if Cole’s shrink will become Harvey’s personal therapist.

Cole — whose credits also include the BBC America supernatural series Hex — will recur throughout the USA drama’s fifth season, beginning with the June 24 premiere.

Here’s the official Season 5 log line: “In the premiere, Pearson Specter Litt has scored a hard-fought victory, but the fight has left the firm shaken. Although she avoided jail time, Donna has left Harvey after more than a decade of working together. She is now working for his long-time rival Louis. And while Jessica readjusts to being single, Mike (Patrick J. Adams) and Rachel  are giddy after his marriage proposal.”