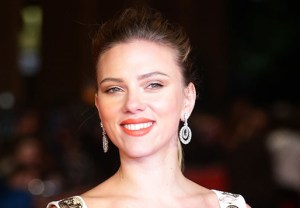 The actress, who portrays Black Widow in the Marvel franchise, will lead the NBC sketch comedy series on May 2 — the day after The Avengers: Age of Ultron hits theaters.

A musical guest has yet to be announced.

The hosting gig will be Johansson’s fourth, following a 2010 appearance with musical guest Arcade Fire.

Are you looking forward to Johansson’s fourth go-round on SNL?