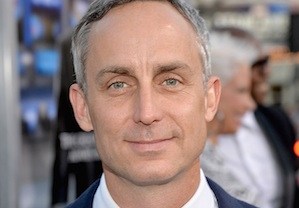 For whatever ABC’s Castle has planned for its Season 7 finale, we know at least one guest star who will be a part of it.

‎TVLine has learned exclusively that CSI vet Wallace Langham will have a role in the yet-to-be-titled season ender, though no details on his character or the overall storyline are being released. (Perhaps he is playing the “distinguished, highly intelligent” shrink teased in Ask Ausiello?)

Previously, showrunner David Amann told TVLine that the finale will “focus on compelling, high-stakes story-telling surrounding Castle and Beckett mythology,” and that it’d offer a “satisfying end to the season‎.” (Reminder: Castle has not yet been renewed for an eighth season.)

ABC’s Castle resumes Season 7 on April 20 with Episode 20; the finale is Episode 23.