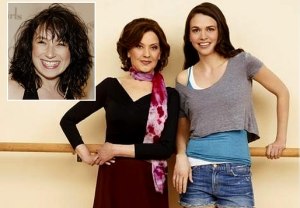 The event will host a “cancelled too soon” screening of the ABC Family dramedy Bunheads, with Palladino and cast members Kelly Bishop, Sutton Foster and Stacey Oristano in attendance.

Additional programming announcements, which can be found below, include a Dawson’s Creek script reading and sessions for Suits, Hannibal and more.

The fest has also announced that TV icon James L. Brooks (The Mary Tyler Moore Show, Taxi, The Simpsons) will receive the Achievement in Television Excellence Award. Brooks will participate in a career-spanning conversation with Phil Rosenthal (Everybody Loves Raymond) as well as a Simpsons panel with producers/writers Al Jean, Matt Selman and David Silverman.

Other events on tap for the weekend:

For further details and ticket information, head over to ATX’s online headquarters.