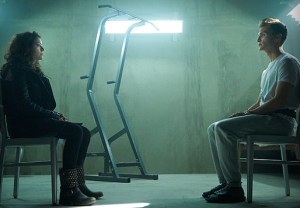 Thankfully, as Millen rose to Season 3’s challenge, the actress had nothing but “words of encouragement,” Millen says. “She’s a very, very giving person, and I’ve been very thankful.”

When it came time to give life to male clones Rudy, Miller and Mark (and more?), Millen looked to the show’s leading lady as an example, but “it’s a very individual process,” he explains, “and I approach my character development the way I do it, and she does it the way that she does it. It just happens that [we’re in] this odd situation [where we’re both] playing multiple characters.”

As Season 3 (premiering Saturday, April 18, on BBC America) unfolds, Millen’s many alter egos will make life rather difficult for Sarah & Co., especially since Project Castor has its hands on Helena.

“This season, we’re going to discover what Castor is working towards and why they’re so interested in the Leda women,” the actor previews in TVLine’s Q&A.

TVLINE | What’s been the most challenging aspect of the production schedule?
Wrapping my head around playing more than one person in a day. That’s been the most rewarding, draining and exciting part of the whole year, all wrapped up in one.

TVLINE | Has Tatiana given you any tips on playing more than one character?
What I found to be the best tool for me is I’ll go to set and I’ll just watch her doing her thing, how she handles the scene. Last year, when I found out that I was going to be a clone, I went in and watched the clone dance party just to get a sense of how the [technical aspects] worked because, obviously, I was going to have to be doing it this season. But watching her, I’m learning the most lessons, for sure.

TVLINE | Tatiana has talked a lot about how she has dances for the characters and, obviously, hair and wardrobe plays into it. What do you do to get in character?
Hair and wardrobe. Once I see them in the mirror, then I can sort of start dropping into them and working up to it and thinking about it and getting in that mindset. 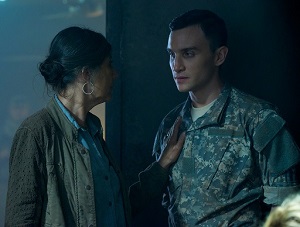 TVLINE | With the girls, you can play a lot with hair and the make-up. Do you get to really go extreme in the physical transformations?
Obviously, we’ve gotten to know Mark. He’s got that funky haircut. And then you have Rudy with a mohawk and a scar, and I was able to draw on the extremes of his appearance to find his personality. Then with Miller, it’s very straight-edge. He’s almost like the opposite of the other two in that he epitomizes military. So within those three guys, I’ve been able to find a lot of differences.

TVLINE | When I spoke to [creators] Graeme [Manson] and John [Fawcett] after the Season 2 finale, I asked them if Rudy is the Helena of the male clones because he seemed a little bit deranged. What kind of a guy is he?
[Laughs] Rudy’s the type of guy who going to try to get under everyone’s skin because it’s a game to him. He just really loves control and having the upperhand and playing with people. That’s how he gets off. Whenever he’s in a scene with someone, he’ll be picking away at them. If he can start making cracks in their demeanor and get them off their game, that’s definitely where he’s at. 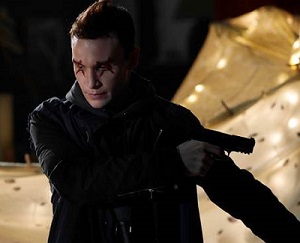 TVLINE | One of the first images that we saw from the new season is of Rudy sitting across from Sarah. How would you describe their relationship?
That’s a total antagonistic scene. Obviously, Castor knows a lot more about Leda than Leda knows about Castor. They just found out about them. He knows who he’s talking to, he knows her story, he knows why she’s there and he’s not giving her anything. He’s just going to play the game. He’s going to have a good time.

TVLINE | What does the introduction of the male clones mean for Sarah, Alison, Cosima and the others?
I definitely think it adds to the conspiracy of it all. I don’t think it’s a far stretch if there is a cloning program and there were women clones; of course there’s going to be male clones. And it just so happens that it’s the military doing the cloning, doing the science. So it’s only going to deepen the conspiracy, darken things. We’re not there to give them an easy time, that’s for sure. 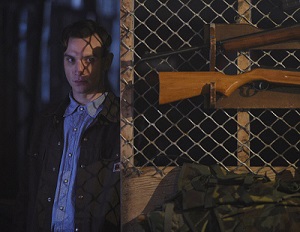 TVLINE | Where does the new season find Gracie and Mark?
Oh, what am I allowed to say? We’ve just left. They’ve just gone on the lam. They’ve just gotten married, eloped. Mark is definitely someone who has been searching for family for a very long time. He was taken under Henrik’s spell and fell in love with Gracie and is now closer than ever to having that family that he so desires. But now [there’s] the new issue of his brothers coming into the mix and how are they going to spoil what he wants for them. So he and Gracie are going to go through some tough times.

TVLINE | Was there someone you were particularly excited to have scenes with now that you have more avenues to crisscross with other characters?
I got to have a scene with Mrs. S. That was very exciting. Hopefully, I’ll get a scene with Felix. I’d love a scene with Cosima. I think she’s pretty great.

TVLINE | Is there one clone that’s more fun to play? Or one that’s more difficult?
Each one has a different part of my personality in them. I love Mark. I think I’m most like Mark, if I had to choose one, but I think [with] Rudy, I get to be a person that I’m not normally. It gives me the creative license to just break out of my Ari shell. I’m more of a private [person]. The scenarios he gets into and the things that they do, I would never, never dream of doing, but because I’m playing a character, I can allow myself to have a lot of fun. And then Miller is just very straightforward, no BS, on the fast track to the military brass, so it’s fun playing his “not going to take it from you” [personality]. They all have their own challenges and their own rewards, so it’s been great.

TVLINE | Miller is military, Rudy’s kind of crazy. Which one of them is more badass?
I’ll put it this way: The obvious choice isn’t always the right one.

TVLINE | Are there more than three male clones that we’re going to meet?
It’s Orphan Black, and you never know. I would anticipate lots of surprises and lots of excitement next season.