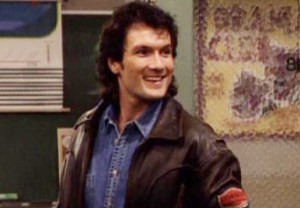 Girl Meets World is welcoming back another fan-favorite Boy Meets World character in Season 2 — and it sounds like this one might be gunning for Cory’s job.

The show’s writers on Tuesday confirmed that Anthony Tyler Quinn will reprise the role of Jonathan Turner, who served as the kids’ main teacher — and, more importantly, Shawn’s mentor — in Seasons 2, 3 and 4. He’ll make his first appearance in the episode titled “Girl Meets the New Teacher.”

In addition to Quinn, the second season of Girl Meets World will also feature the returns of Will Friedle as Cory’s older brother Eric Matthews, Trina McGee-Davis as Shawn’s ex-girlfriend Angela Moore and Blake Clark as Shawn’s late father Chet.

Friedle clearly shares in our excitement. The actor tweeted this gorgeous selfie with Quinn just a few days before the news of Mr. Turner’s comeback broke online:

Ummmm. This isn't a weird selfie is it @TheAnthonyQuinn? #FunFriday pic.twitter.com/owDSsiutin

Fans, what do you hope to see when Mr. Turner returns to the fold? Drop a comment with your thoughts below.