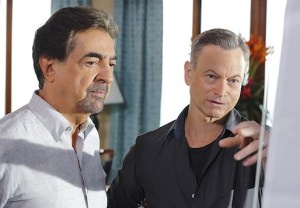 Things aren’t exactly B.A.U. at the BAU this Wednesday on Criminal Minds (CBS, 9/8c), when the team is enlisted to assist in solving a brutal crime committed against Americans outside the States.

TVLINE | Most simply put, what lessons were learned from the previous attempt at a Criminal Minds spinoff that were applied this time around?
In a word, many. The most noticeable one — and it’s probably a struggle that every spinoff has – is: How are you the same but different? And what happened last go-around [with Criminal Minds: Suspect Behavior starring Forest Whitaker] was, “Oh, they’re different because they’re rogue.” They don’t work at the FBI, they work out of a dojo. And they’ve got this whole sort of “rogue” mentality about them. But [for Beyond Borders] I thought, 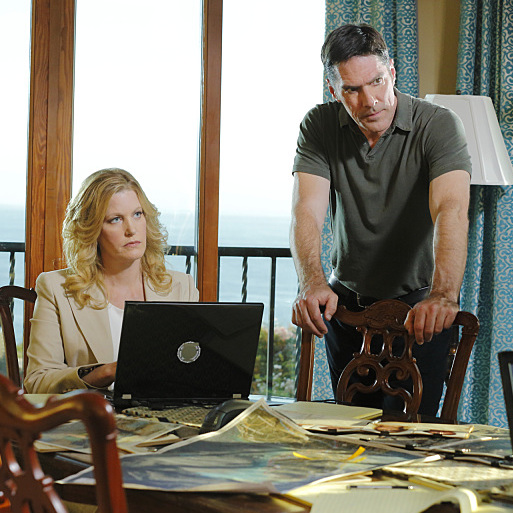 maybe how they’re the same but different is that they are good ol’ American heroes working out of the FBI and they help Americans who are in trouble — which sounds familiar because that’s what the BAU does — except they do it when Americans are outside of our country. And that’s what makes it different. I think that’s also what makes it timely, because a staggering number of Americans are moving out of the country, whether it’s for work or just…

TVLINE | Studying abroad….
Yeah, all kinds of things. I think that in the State Department numbers I read, over 40 percent of Americans use their passport every year. So, this show is not saying the majority of people in this country are traveling, but…

TVLINE | It’s enough for a 22 episodes of a TV show.
It is. And for me it’s really important that those victims are relatable in some capacity, that it doesn’t have to be a senator’s kid who’s in trouble or anything like that. With 40 percent of Americans using their passports, chances are you know someone, or there might even be someone in your family or somebody that you care about, who is traveling during the year.

TVLINE | It could be my teenage nephew backpacking through Europe, and he gets pulled into a sketchy hostel.
Yeah. I mean, it’s sort of feeding those fears that I think Criminal Minds does so well. Like, people don’t like to jog at night anymore because they’ve seen too many Criminal Minds episodes!

TVLINE | Now, is there still a serial killer element or no?
Occasionally. What we’re saying is that when Americans are in trouble abroad, this team will come save you – and that is a very wide-open storytelling arena.

TVLINE | Or, framed for drug smuggling — “I thought that was my Walkman, officer, but it’s actually a kilo of coke.”
Exactly. It really opens up those doors for us to tell all kinds of stories. They don’t have to be serial killers, although let’s face it, I think we do that the best. But a lot of other crime shows pull out a serial killer episode every once in a while, too.

TVLINE | Look at your cast. 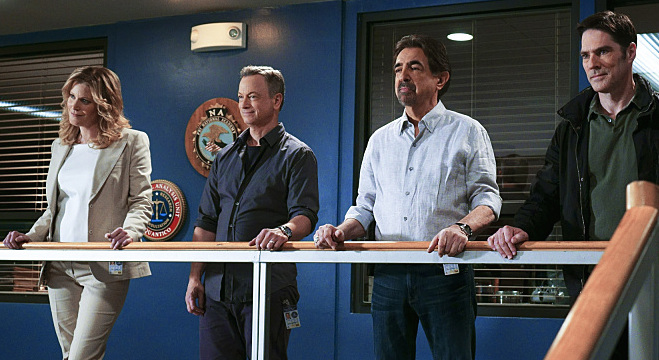 Gary Sinise and Anna freaking Gunn. It’s like you got accepted into all your reach schools.
Exactly, and Daniel Henney is amazing and Tyler [James William]’s amazing. Even the bench goes deep. It’s very exciting. Gary was the first person I met and talked to about this, once we knew it was going.

TVLINE | I probably speak for others when I say that I was a bit surprised that Gary came back for another CBS procedural. Why, from what you’ve seen, was he interested?
You know, I think he was fascinated with the idea of being an American hero again and this time representing the FBI and being able to be a patriot, which he is in his own right. What a great opportunity to sort of let life and art imitate one another here and see him playing this all-American hero on TV, because when I think of Gary Sinise, that’s what I think of. I’m surely thankful that he felt the same way and said, “Yeah, I’ll jump back in.”

TVLINE | To the extent that you are familiar with his CSI: New York character, how would you juxtapose the two?
I don’t know a lot about Mac Taylor. I watched it a little bit and I did some research because I didn’t want them to be the same. So, right off the bat I know Mac lost his wife in the tragedy of 9/11, and as a result he had a really hard time sort of loving again, and I didn’t want to repeat that in any way. I said to Gary, “Look, the reality of the FBI is, I think, the stats are worse than the national average in terms of divorce. We could either have you represent that portion of people who don’t survive a career in the FBI and a marriage, or we can go the opposite, where you’re representing the ones that do.” There’s also something really “lovely” about showing that marriages do last through difficult times, and that’s perhaps a generational thing. I know my grandparents and my parents were married until death did they part, and Gary also grew up with that idea that you don’t throw it away when it stops working, you fix it. So he’s got kids, and one of the oldest just got into the academy and wants to follow in his dad’s footsteps.

Watch a sneak peek from Criminal Minds‘ ‘Beyond Borders’ episode

TVLINE | Anna Gunn’s character seems rather unique, at least within the Criminal Minds world, in what she does.
Well, international law is such an interesting avenue to go down and because of that I thought, “What is her backstory?” It’s such a specific [specialty] and also ridiculously hard — you have to know different languages and cultures and religious beliefs and so many things. So, I had her backstory be that when her brother was backpacking and sowing his wild oats before college he was framed for drugs in Thailand and he’s still in jail. Her parents didn’t have the money to hire good lawyers or anything like that, so she became obsessed with being the voice of these people who otherwise don’t have one. Anna loved that because she has a big brother, and I have a big brother and a little brother, and we just talked about that as sisters, what would you do to keep your siblings safe? And how insane it would be if you couldn’t, if they’d been taken away from you? You would really never rest again.

TVLINE | What’s the extent of the existing relationships between the BAU we know and these new folk?
They are familiar with one another. We’ve established the Criminal Minds BAU is pretty busy. They hardly have time for a life, so I just believe these guys know each other from…

TVLINE | Ran into each other at a seminar or something?
Yeah, just the way you know other people in your industry. It might not be that you see them often, but even if you see them once or twice a year it’s a familiar face who does what you do. 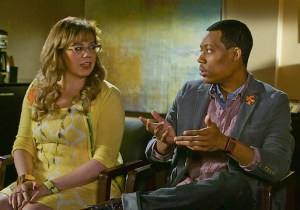 TVLINE | Like, you “know” Shonda Rhimes, but maybe you haven’t hung out with her.
Correct. But if I said [to Shonda], “Hey, I met you at this school thing and we both work with Mark Gordon,” it might be, “Oh, yeah, Hi. I do remember meeting you” — but these guys are a little warmer than that. Tyler plays a character named Monty who does what Garcia does but has an added little side to his job, so Garcia gets to see, “Oh, I thought you just did this like me, but you also do this.” And Daniel Henney’s character has a military background ….

TVLINE | OK. I was going to ask: Who’s my Derek? Who’s my muscle?
Yeah, that’s Daniel Henney. Matt has a military background and is also that all-American hero who’s been married to his sweetheart and they have four kids under three because the last round was twins. So, JJ and Morgan both know him because as far as peers go they’d be around the same age. There’s a comfort level. Then of course, Rossi and Jack Garrett… They’ve known each other for 25 years and part of that was because Joe [Mantegna] and Gary know one another so well, but this was the first time they’ve acted together ever.

TVLINE | It’s nice that you got to facilitate that.
It was great. I couldn’t believe it when they said, “No, we’ve [cohosted the PBS Memorial Day Concert] together, but we’ve never been in a scene together until now.”

TVLINE | If this goes to series, are we locked into the name Criminal Minds: Beyond Borders? Is that the frontrunner?
Pretty sure. I think that’s the one that tested the highest.

TVLINE | The only other name I could think of was Criminal Minds: IU, for International Unit, but that sounds like something I use to get pregnant.
[Laughs] Yeah.

TVLINE | Any other episodes on the immediate horizon to preview? The latest Matthew Gray Gubler-directed episode is coming up, right?
Yes, Episode 21, and Breen Frazier wrote it and it’s amazing. There will be promos that will make the audience crazy.

TVLINE | “Hiding under the couch”-crazy or some other kind?
Crazy like, “What is happening on my Criminal Minds this week?!” People are going to lose their minds.