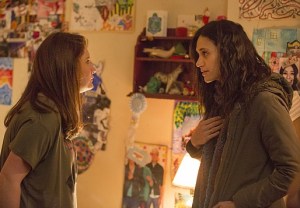 All of Fiona’s time away from home this season on Shameless comes back to bite her in the backside on Sunday night’s finale.

With Carl in juvie, Ian on the lam with Monica, and Debbie having sex under her own roof, Fiona wonders if she could be failing any more at raising these kids. Yes, things are looking pretty dire for the Gallaghers, and we haven’t even gotten to Fi’s own messy love life yet.

Let’s break down which couples reunited, which broke up and who’s (possibly) expecting. 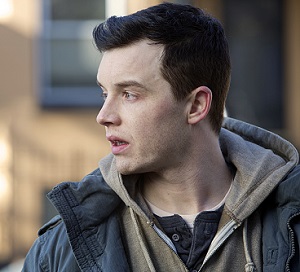 IAN & MICKEY | Ian’s joyride with his mom comes to a crushing halt when he meets her younger, meth-dealing boyfriend. After getting into an argument with the loser, Ian calls Mickey, who’s been trying to dull the ache of his boyfriend’s absence with random hookups. (He starts with a female friend, but eventually gives in and picks up a guy.) Mickey races over to the Gallaghers’ house to find Ian back home, but it’s far from a happy reunion. “I love you,” Mickey declares. “It means we take care of each other. It means thick and thin.” But Ian tells him, “Too much is wrong with me. You can’t fix me because I’m not broken. I don’t need to be fixed. I’m me.” With that, Mickey realizes his boyfriend is breaking up with him — and millions of hearts watching at home break, too. Making matters worse, Sammie returns, gun in hand, and starts shooting at Mickey as he races off. (If she kills this ‘ship, there will be hell to pay.)

FIONA & GUS & SEAN | Gus returns from his tour to a very heated reunion with Fiona. But sex can’t solve their problems. “You haven’t decided whether you really want to be with me yet,” he says, explaining why he doesn’t want the kids to get too attached to him. Meanwhile, his bandmate urges Fiona to let Gus go if she doesn’t love him. He’ll never do it because he’s a nice guy, and she’s not, he tells her. So Fiona confronts her boss Sean about what’s going on between the two of them. She thinks she’s in love with him, and she’s happy around him, she reveals. Although they kiss, Sean pushes her away. “Happy is overrated,” he replies. And the love triangle lives on.

DEBBIE & DEREK | Fiona walks in on Debbie and her boyfriend in bed together, which promptly erupts into a yelling match — until Debs blurts out that she’s pregnant. Fi exclaims that she’s getting an abortion the next day, but poor Debs, never having a proper family environment, is determined to insert herself into Derek’s via a baby. In the morning, the arguing continues with Debbie launching some very valid points toward her frequently emotionally conflicted big sis: “I know who I love and what I want even if you don’t.” As the episode ends, she looks at a pregnancy test and declares, “Oh sh-t,” with a smile and then a more somber, “Oh sh-t.” Oh, Debbie, Debbie, Debbie.

LIP & HELENE & AMANDA | Lip’s no-strings-attached college pal Amanda turns green with jealousy when Lip returns to his dorm after a night with professor Helene. She takes it out on him by punching him in the library and blaming him for making her fall in love with him. After Lip laments to Ian that there’s no such thing as casual sex anymore, he confides that he’s falling in love with his professor. 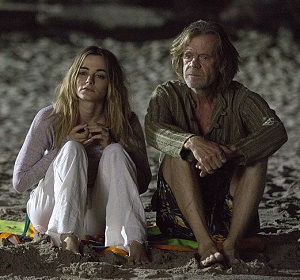 FRANK & BIANCA | In the tropical paradise, Frank and the terminally-ill Bianca drink and have sex all day. “Thank you,” she tells him. “You’ve made me happy.” (Whoever thought someone would be telling Frank that?) When her pain gets worse, she gets a gun to play Russian roulette. In the end, she decides to take her life by swallowing all her painkillers and taking a dip in the ocean. RIP Bianca, you were an amazing woman who actually made Frank kind of likable.

KEVIN & VEE | The new parents decide to give their relationship another go, but first, an STD test! Better safe than sorry after your husband had sex with dozens of coeds. But the true sign of Kevin and Vee’s reconciliation comes when he makes the choice not to leave his distraught wife’s side even though the twins are crying down the hall.

Shameless fans, what did you think of the season finale? Did it lack the punch of last year’s cliffhanger? Which couple has you most worried? Grade the ender via the poll below, then hit the comments to back up your pick!