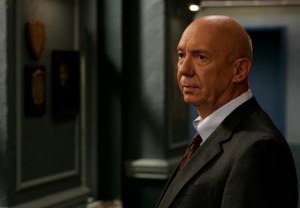 O Captain, my captain… is returning to Law & Order: SVU.

Dann Florek, who long portrayed Captain Donald Cragen on the NBC drama, will return to the series for one episode, TVGuide.com reports.

Andre Braugher (Brooklyn Nine-Nine) will also return as attorney Bayard Ellis in a May episode, in which Ellis represents a man who was imprisoned for raping his daughter — a case that Cragen helps re-open.

* The View has invited Monica Lewinsky to discuss her anti-bullying campaign as a guest on the show, leading to speculation (including that of our sister site, Deadline) that she is being primed to replace Rosie O’Donnell as co-host.

* ABC Family has picked up three unscripted reality series: Startup U, which follows a group of millennials as they embark on a semester at Draper University, learning how to launch a startup company; Next Step Realty: NYC, a docuseries about the employees at the titular Manhattan-based real estate firm; and Monica the Medium, which centers on a junior at Penn State University who can talk to dead people.

* The Blacklist‘s Hisham Tawfiq, who portrays Red’s bodyguard Dembe on the NBC drama, has been promoted to series regular for the show’s third season, Deadline reports.

* History Channel is developing The Boys of ’67, a scripted series about the only military division raised, trained and deployed en masse to service in Vietnam.