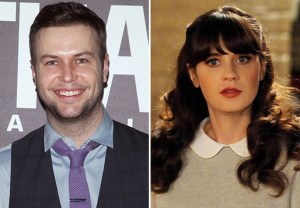 Killam will appear in an upcoming episode as Fred, Jess new beau who has the world’s most amazing parents (played by the equally-amazing Henry Winkler and Julie Haggerty).

His ‘rents are so awesome, in fact, that Jess considers not breaking up with him in order to remain close to mom and pops.

Killam shot his New Girl episode earlier this month during his SNL hiatus.