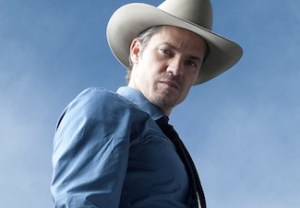 The 2015 ATX Television Festival (June 4-7) is beefing up its schedule with eight new panels, including a farewell to FX’s long-running drama Justified and an in-depth conversation with Friends creator Marta Kauffman.

Additionally, Kauffman will use the “Conversations with Marta Kauffman” panel to discuss her extensive television career, from broadcast (Friends) to cable (Dream On) to streaming (Netflix’s upcoming Grace and Frankie).

Here’s a quick rundown of the festival’s other new additions for 2015:

* Yost will also take part in the festival’s “Cancelled Too Soon” panel, reflecting on his own short-lived series Boomtown. Yost will be joined by several producers and cast members.

* The “Boy Meets Girl Meets World” panel, featuring three of the Disney Channel show’s stars — Ben Savage, Rowan Blanchard and Sabrina Carpenter — along with series creator Michael Jacobs, will focus on the differences between developing a teen comedy in the ’90s vs. developing one in 2015.

* USA Network’s Playing House will have a presence at the festival, with stars/co-creators Lennon Parham and Jessica St Clair in attendance.

* Derek Waters and Jeremy Konner, the creators and executive producers of Drunk History, will discuss the Comedy Central series’ inception, as well as its journey from the Internet to television.

In addition to these panels, the festival will also screen the Season 2 premiere of Starz’s Power, with creator Courtney Kemp Agboh and several stars in attendance.