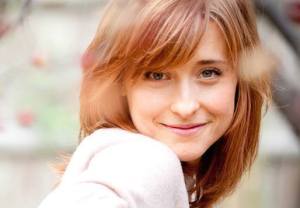 As the rumor that Sgt. Ballard is alive starts spreading — yet is dismissed as “propaganda” by nefarious members of the military brass — corporate litigator Peter Decker (Nurse Jackie‘s Peter Facinelli) and activist Harrison Walters (Jake Robinson, The Carrie Diaries) get pulled into the deadly conspiracy.

Mack’s role in all of this? TVLine has learned exclusively that she will play Julia, an intelligent and empathetic stranger who befriends Odelle’s daughter Suzanne in a bookstore — though all is perhaps not as it seems….

Since wrapping her run as Smallville‘s Chloe “The Original Felicity” Sullivan, Mack has recurred on FX’s Wilfred and guested on Fox’s The Following. Her American Odyssey arc begins with Episode 7.