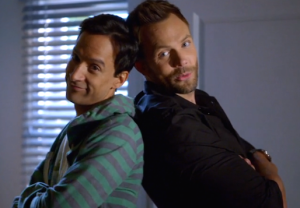 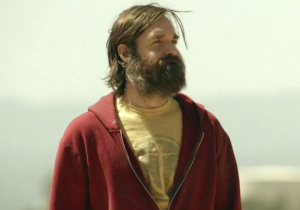 SERIES AND EPISODE | The Last Man on Earth, “Alive in Tucson”
TITLE | “Apeman”
ARTIST | The Kinks
ALBUM | Lola Versus Powerman and the Moneygoround, Part One (1970)
WHY IT ROCKED | The sophisticated homosapien spoken of in this classic Kinks tune is nowhere to be found in Fox’s Will Forte starrer. This folksy, mid-tempo anthem juxtaposes the lonesome, anarchistic life led by the unkempt Phil Miller as he moves himself into a giant mansion along with his stolen artifacts and a filled-to-the-brim margarita pool utilized for bathing and libation. 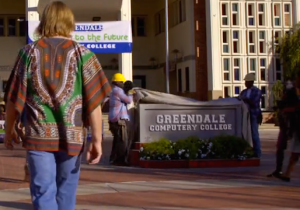 SERIES AND EPISODE | Community, “Ladders”
TITLE | “Sweet Emotion”
ARTIST | Aerosmith
ALBUM | Toys In the Attic (1975)
WHY IT ROCKED | Before Leonard ever spent his days rating frozen pizzas in a series of online videos, he was a free-spirited, frisbee-tossing student at Greendale Community College (fka Greendale Computery College). The resurrected sitcom didn’t shock us by tacking on such a peculiar flashback, but by being able to afford an Aerosmith song to accompany it. More like #SixSeasonsAndAnIncreasedBudget, am I right? 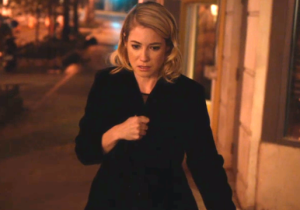 SERIES AND EPISODE | Hindsight, “Auld Lang Syne”
TITLE | “Numb”
ARTIST | U2
ALBUM | Zooropa (1993)
WHY IT ROCKED | The aptly-titled song not only fit the scene as a heartbroken Becca wandered the streets of New York after a devastating spat with Lolly, but it was also a fond reminder of a simpler time when we enjoyed U2. You know, before Tim Cook and Bono decided it was A-OK to plant entire albums on our Apple-powered devices without even asking us first. 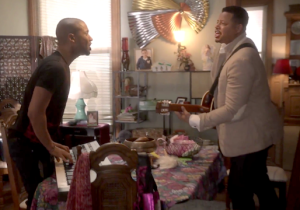 SERIES AND EPISODE | Empire, “Die But Once”
TITLE | “Nothing to Lose”
ARTIST | Empire Cast
ALBUM | Nothing to Lose (feat. Terrence Howard and Jussie Smollett) – Single (2015)
WHY IT ROCKED | It was a battle for the ages, and not a single fist was exchanged. The openly gay Jamal and his homophobic dad replaced fighting words with expressive lyrics, trying to one-up each other as they banged out verses for Lucious’ potential comeback single. Jamal’s palpable daddy issues ignited the fire, but it was a shared love for the music that made their melodic duet an absolute winner. 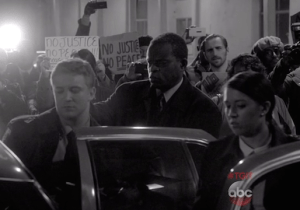 SERIES AND EPISODE | Scandal, “The Lawn Chair”
TITLE | “I Shall Be Released”
ARTIST | Nina Simone
ALBUM | To Love Somebody (1969)
WHY IT ROCKED | The Ferguson-inspired hour culminated in the arrest of a bigoted police officer. The exquisitely matched tune sings of a man who stands alone, hollering to a crowd that they’re to blame. In Officer Newton’s eyes, he was the innocent bystander in a larger problem despite the havoc he caused by shooting an unarmed black teen in cold blood. 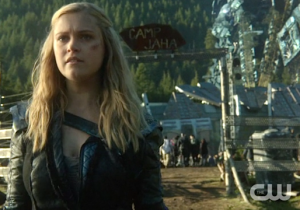 SERIES AND EPISODE | The 100, “Blood Must Have Blood Pt. 2”
TITLE | “Knocking on Heaven’s Door”
ARTIST | RAIGN
ALBUM | Knocking on Heaven’s Door EP (2015)
WHY IT ROCKED | The melancholy song is lyrically driven by the fear of a circumstance becoming too dark to bare. It’s no wonder the dystopian drama chose this song to accompany Clarke’s exit from Camp Jaha. She had reached a point of no return after putting to death countless innocents to save her own people. 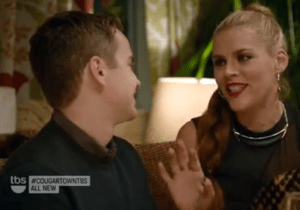 SERIES AND EPISODE | Cougar Town, “Yer So Bad”
TITLE | “Unclear”
ARTIST | Kodaline
ALBUM | Coming Up for Air (2015)
WHY IT ROCKED | The bittersweet lyricism of an unclear but hopeful future perfectly exemplified the status of Laurie and Travis’ coupledom. Though she isn’t quite ready for holy matrimony, Laurie promised Travis that a day will come when she happily accepts his marriage proposal… a proposal not even Taye Diggs could jeopardize.