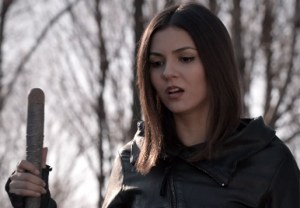 The first season of MTV’s twisted thriller Eye Candy reached its explosive conclusion Monday, but as it turns out, bringing the Flirtual killer to justice is merely the beginning of Lindy’s journey.

Following Jake’s arrest, Lindy made herself scarce, without exchanging proper goodbyes with any of her friends in New York — including Tommy. As for Lindy’s sister, not only is Sara alive, but footage from Jake’s tablet suggests she faked her kidnapping in order to “keep Lindy safe.” (Um… what?)

TVLine took our burning questions to Eye Candy executive producer Christian Taylor, who was more than happy to explain Lindy’s motivations — and offer up a major hint at what a second season would have in store for fans.

TVLINE | In R.L. Stine’s book, the killer is one of Lindy’s roommates. Why didn’t you follow that in the show and make it Sophia?
The book was really more of a [starting point] for us, and after I developed the story, I departed from the book and kind of reinvented a lot of it. When I started developing the show with the writers, anybody could have been the killer, so we just had to decide what would be the most interesting or most extreme option. 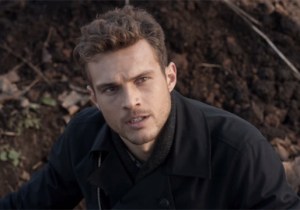 TVLINE | And of course it was the guy with the accent.
[Laughs] Yes! We just really wanted to surprise people.

TVLINE | I’m glad Lindy and Tommy got some closure with that chat they had online. In your own words, where does that relationship stand now?
They’re definitely still at odds. There’s an olive branch that’s been extended to him, and it’s one of my favorite scenes when he says, “I’m sorry” to her at the end. It’s really moving. I’m excited to explore their relationship if we get a second season. Will they ever get together? I don’t know.

TVLINE | Well, you did give fans a little payoff with that make-out scene at the Airbnb.
You know, the fans really wanted them to kiss, so I gave them a kiss — even if it wasn’t a real kiss.

TVLINE | I don’t know, it was a pretty good kiss.
You know what’s funny? I think they kiss a lot better than Jake and Lindy kiss, which was really lucky. You never know what the chemistry is going to be like when you’re casting, but Casey [Diedrick] is great and Victoria [Justice] is lovely. It all worked.

TVLINE | Did you show us Jake’s backstory in the hopes of us sympathizing with him a little?
[Laughs] Well, I think sympathizing with a mass murderer is a hard thing to do. So I wasn’t trying to do that, but I wanted the backstory to maybe give a little insight into the mind of a psycho and to show what triggers him. That was the reason for going into his past.

TVLINE | And then there was that Sara twist. “Lindy will be safe” is going to haunt me forever. What does it mean?!
[Laughs] I’m not going to tell you anything! No, there’s going to be a big conspiracy that we’ll explore next season about why her sister did that. And I’ll say one thing: It will be linked to their father.

Eye Candy fans, your thoughts on the season finale? Hopes for Season 2? Drop ’em all in the comments section below. 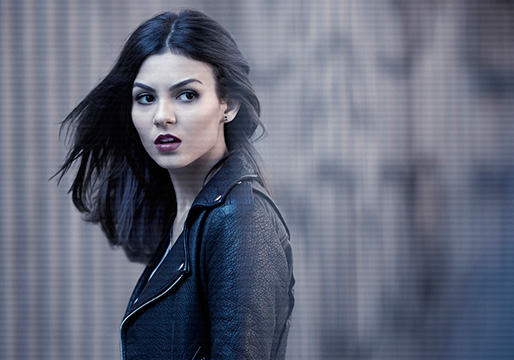