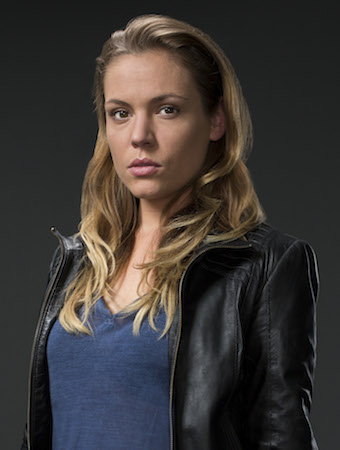 Agnes Bruckner plays a role in two major mysteries this spring — on A&E’s The Returned, which revolves around inexplicably resurrected dead folk, and ABC’s Once Upon a Time, where she soon will recur as… well, we’ll get to that in a bit.

Bruckner makes her debut on The Returned tonight at 10/9c as Nikki Banks, chief deputy to Caldwell, Wash. Sheriff Tommy Solano (played by True Blood’s Kevin Alejandro). Coming off of the premiere’s dark coda, in which the “psychic” waitress that Jack Winship (Mark Pellegrino) was shtupping was brutally stabbed, Banks and Solano will set out to suss out the killer.

“[Caldwell] is such a small town that even a murder happening is a big deal,” Bruckner tells TVLine. As such, Nikki leans hard on every person of interest. “She has a toughness to her so she just gets to the point,” the actress says of her interrogation style. “She doesn’t want to bulls–t around. She just wants to know the truth, and she’ll do whatever it takes to do that.” 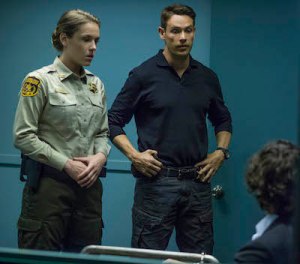 Simon (Revolution‘s Mat Vairo) lands in their interrogation room, Banks and Solano can only surmise that some strange sort of identity theft is at play. But soon after, “We hear of some weird things starting to happen in this town,” setting the stage for a reveal of the eerie larger phenomenon that is gradual — unlike, say, ABC’s Resurrection, where the “undead” instantly became party conversation topic No. 1.

With compartmentalized stories about a fractured family, a mysterious young boy and a haunted bride-to-be, “Our show is very different than a lot of other TV shows that have a similar premise, as far as people coming back,” Bruckner notes. “You have to suspend your mind a little bit more, as opposed to just, ‘This is what’s happening.’ And that keeps you on your toes and makes you think a lot more.”

As for the more direct comparisons to the French series Les Revenants, on which The Returned is based, “This is never going to be exactly the same,” the actress says. “Around the fourth or fifth episode, we start to become our own show. We put a little spin on it.” (That said, Bruckner confirms that her alter ego still has a complicated “history” with Dr. Julie Han, played by Sandrine Holt.) 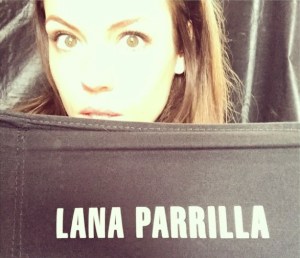 has a “history” with a Once Upon a Time character or two, purely based on rumors and speculation — though she herself steadfastly declines to say much at all about her three-episode arc, which will wrap up Season 4B.

“Oh my God, I am having the time of my life,” she allows, sharing that she thus far has worked with “most” of the ABC drama’s cast, returning guest star Rebecca Mader (Zelena) included. “My character is going to be really, really out of this world.”

When I run by her my reporting on her casting, which suggested she is playing a bit of a troublemaker, Bruckner pauses to think, then ultimately responds, “It’s just going to be crazy. There are actually a lot of twists in my character’s story. It’s going to be a surprise, for sure!”