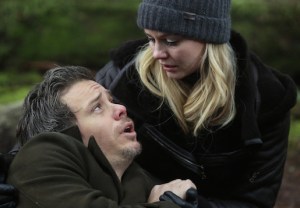 Not everyone gets a happy ending on ABC’s Once Upon a Time — including the fans who latch onto, and then must bid adieu to, characters that are either doomed or deigned to disappear.

In the wake of the resurrection of Maleficent, a saucy sorceress who many felt had been unjustly jettisoned way back in Season 1, TVLine took stock of other characters whose potential was left untapped, and who, if among the living/mostly dead, could still bring a certain spark to life in never-quiet Storybrooke.

Review our countdown below, then weigh in on the gone-too-soon characters you’d most like to see be given a second chance.