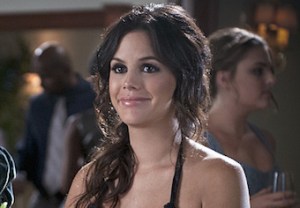 Might Hart of Dixie‘s upcoming Season 4 finale be its series finale instead?

A flurry of speculation around the fate of the CW series has begun on social media, following a few curious tweets sent by those involved with the show.

On March 6, creator Leila Gerstein tweeted a series of rather final messages regarding the season’s upcoming episodes:

The final three episodes of #HartofDixie begin tonight. Buckle up, I think you will enjoy the ride. Xo

…And the finale will be tremendously satisfying to all. (2/2)

Meanwhile, star Scott Porter had a few words to say on Friday about the show’s struggling ratings. In a tweet that has since been deleted, Porter wrote, “Folks wondering why #HartOfDixie got canned? Simple numbers game folks. Ratings still matter and dictate wins and losses. You have to WATCH.”

Back in January, CW President Mark Pedowitz spoke at the Television Critics Association press tour about Dixie‘s fate, saying only that Season 4 is “not necessarily” the show’s last.

Last December, Gerstein told TVLine that she plans to give all the characters “a happy, celebratory conclusion” at the end of the upcoming run, “while still leaving some doors open for the future.”

However, she added, “I do feel like 76 episodes of these particular love stories is plenty.”

A rep for the show had no comment. Sources tell TVLine that the network hasn’t yet reached a decision about the fate of the show, which airs its season finale on March 27.

What are your thoughts on Hart of Dixie‘s questionable fate? Hit the comments!