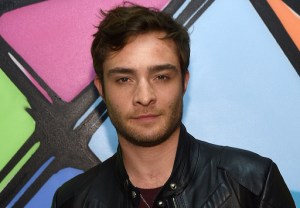 The Gossip Girl grad has been cast as one half of a Bonnie-and-Clyde-style pair of serial killers in ABC’s L.A. Crime pilot, TVLine has learned.

Westwick’s Kent will cause mayhem alongside Betty, played by Parenthood‘s Erika Christensen, in the potential true-crime procedural set on Los Angeles’ Sunset Strip in the coked-up 1980s.

RELATED Pilot Season 2015: Scoop on This Fall’s (Possible) New Shows, Who’s in Them

If greenlit, the drama will look at several facets of L.A. culture — including sex and politics — in various time periods. Season 1 will center on the two cops searching for Kent and Betty.

The pilot is Westwick’s first TV gig since Gossip Girl went off the air in 2012. In related news, this is turning out be a good week for St. Jude’s School for Boys alumni: Chace Crawford, who played Westwick’s pal on the CW soap, was cast in ABC’s Boom pilot on Wednesday.