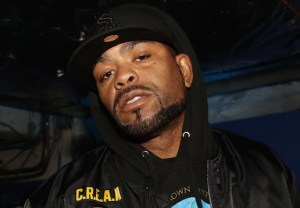 Clifford Smith aka Method Man will wield a different kind of “rap” sheet when he stirs up trouble on CBS’ Blue Bloods.

TVLine has learned exclusively that the recording artist/sometime actor will guest-star on the drama’s two-part season finale as Mario Hunt, a major badass with the Warrior Kings street gang and the prime suspect in the murder of the Gang Division Chief and his wife. A stone-cold killer, Mario is hauled in for questioning, where he veritably scoffs in the face of the detectives.

Method Man’s previous TV credits include the eponymous Method & Red, recurring runs on The Wire and CSI, and episodes of Burn Notice and Scorpion.