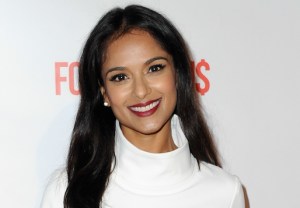 The Fox drama pilot revolves around Ray Pritchard (True Blood‘s Rob Kazinsky), a morally corrupt cop who is given a second chance at life when he is brought back from the dead. Now younger and stronger, Pritchard will have to choose between his old temptations and his new sense of purpose.

Per our sister site Deadline, Vadsaria will play Mary Goodwin, a brilliant young woman who has built a tech empire with her brother Otto (Rules of Engagement‘s Adhir Kalyan), and thus facilitate Pritchard’s improbable resurrection.

Also part of the cast is White Collar‘s Tim DeKay, playing a lawman unaware that his new partner, Pritchard, is actually his much older father. Or something like that. It surely makes more sense on screen.

In addition to her runs as Revenge‘s Padman and Greek‘s Rebecca, Vadsaria’s TV credits include episodes of Castle, Murder in the First and NCIS.