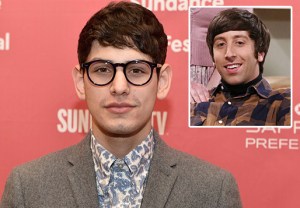 Matt Bennett, best known for his starring role in Nickelodeon’s Victorious, has been cast as Josh, the younger half-brother of Simon Helberg’s character. Josh will show up unexpectedly on Howard’s doorstep in the April 9 episode (CBS, 8/7c), titled “The Fortification Implementation,” TVLine has learned.

Josh’s arrival is likely to strike a nerve with Howard, who’s never even mentioned his half-brother in the series’ eight-season run; the two share a father who famously abandoned him when he was still young.

In addition to Victorious, Bennett’s TV credits include roles in Nickelodeon’s iCarly and Sam & Cat.