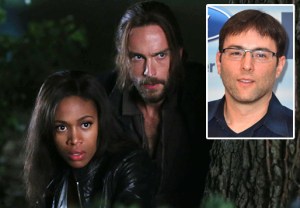 Sleepy Hollow is losing its head.

Mark Goffman has stepped down as showrunner ahead of a potential Season 3, TVLine has learned. The search for his replacement is underway.

Goffman presided over the Fox drama during its acclaimed first season and divisive (and recently wrapped) second.

Sleepy‘s breakout first season averaged nearly 8 million viewers, while Season 2 hadn’t cracked 5 million since October. All told, Season 2 was down 40 percent from Season 1, and it was regularly beaten by its freshman lead-in, Gotham.

Consequently, a third season is far from a sure thing (which makes finding a worthy successor to Goffman even more critical).