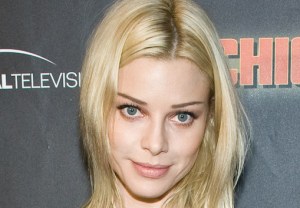 Lucifer has found his leading lady.

In the potential series, German’s Chloe Dancer works for the Los Angeles Police Department and teams up with Lucifer (played by Rush‘s Tom Ellis), who has abandoned Hell and chosen to help L.A.’s finest apprehend and punish criminals. Their partnership causes the Lord of the Underworld to wonder at Chloe’s inherent goodness, which in turn causes him to think humanity might not be so bad after all.

The pilot was penned by Californication creator Tom Kapinos, who will exec-produce alongside Jerry Bruckheimer Television and Sleepy Hollow EP Len Wiseman (also the pilot’s director).

In addition to her tragically ended stint on Chicago Fire (sniff!), German’s TV credits include Hawaii Five-0 and Memphis Beat.