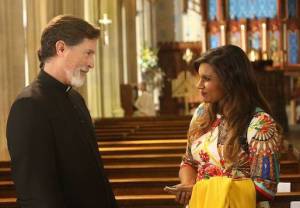 You’ve seen the Instagram pic, now get an official, exclusive first look at His Holiness Stephen Colbert, The Mindy Project‘s man of the cloth.

The incoming Late Show host guest-stars in Tuesday’s episode as Father Michael O’Donnell, who gets involved in the Lahiri-Castellano relationship when Danny’s priest dies, and the über-Catholic Dr. C goes looking for a new confessor.

But will Fr. O’Donnell marry the expectant lovebirds while he’s around? And is series star Mindy Kaling barely holding it together in that dinner scene? You’ll have to watch the episode (Fox, 9:30/8:30c) to find out. Until then, scroll down to get a good look at Colbert’s Mindy debut, then hit the comments with how you think everything will play out. 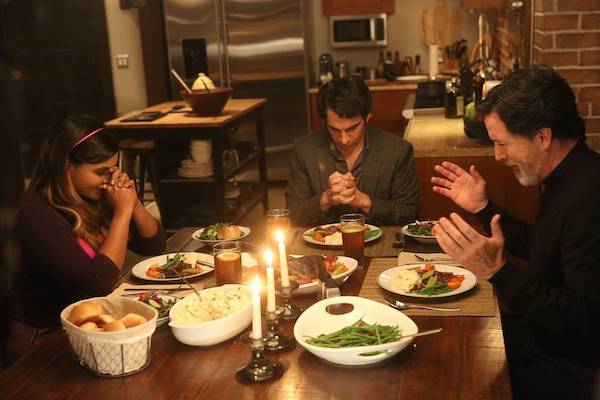 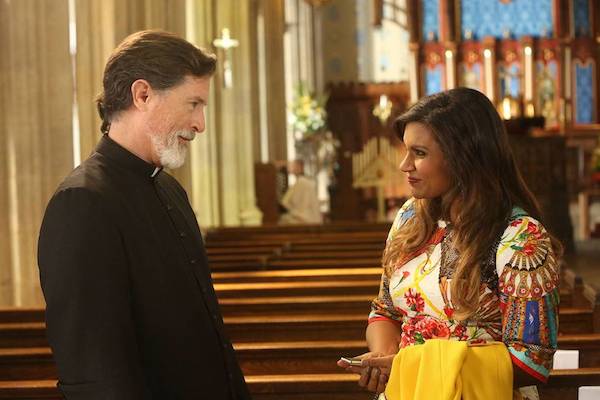 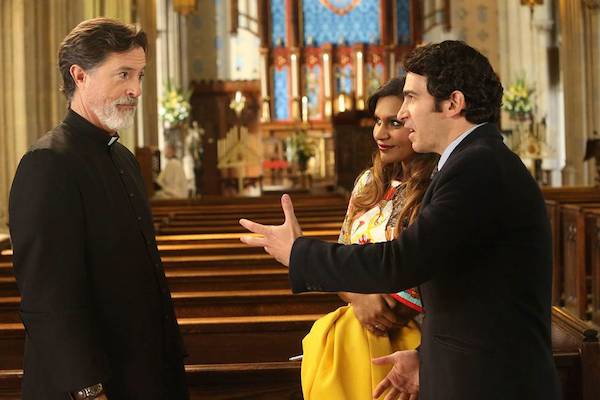