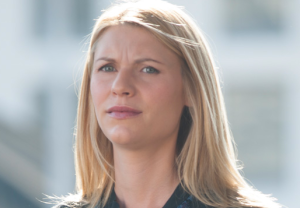 Homeland won’t be returning to the States in Season 5.

Despite buzz that the Showtime drama was headed back to the U.S. after a season spent in South Africa (standing in for Pakistan), exec producer Alex Gansa announced at PaleyFest Friday that Carrie & Co. would be putting down stakes in Europe.

“We’re shooting in Germany,” he told the crowd, before dropping an even bigger bombshell: “Carrie will no longer be an intelligence officer.”

The EP went on to tease that Season 5 — which is set to bow in September — will jump ahead two and a half years.