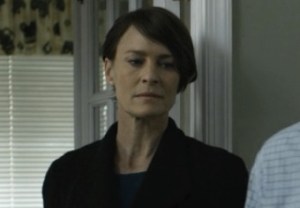 We’ve got questions, and you’ve (maybe) got answers! With another week of TV gone by, we’re lobbing queries left and right about shows including Justified, The Good Wife, Once Upon a Time, Empire and Scandal!

1 | Claire’s darker ‘do on House of Cards: love it or hate it? (Us? Hated it.) Speaking of the Netflix drama’s new season, were you bummed that Deadwood alumni Molly Parker and Kim Dickens didn’t share a single scene together?

2 | It’s crazy that Meredith Monroe is playing Lemon’s mom on Hart of Dixie, right? Sure, Dawson’s Creek was a while ago, but she’s not that old! Or did her onetime TV sibling Kerr Smith playing dad to a teenager on The Fosters soften the blow? 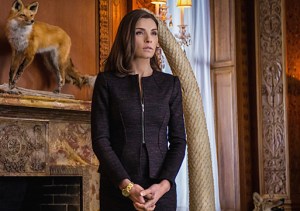 3 | Does the Good Wife‘s campaign storyline need to end ASAP?

4 | Is it bothering you how little time Shameless‘ Fiona is spending at home this season? Has she forgotten that she’s the legal guardian of her siblings?

5 | When all 15 members of Rick’s “family” were sleeping basically on top of one another on The Walking Dead, didn’t it strike you as odd (if not unbelievable) that not one of them was a snorer? And who do you think was more relieved to get a haircut and shave: Rick, or Andrew Lincoln? 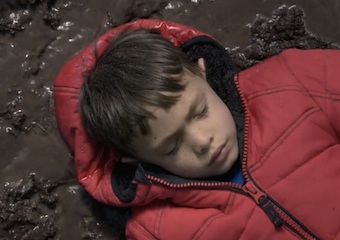 about Secrets and Lies: “Didn’t anyone else notice that it was pouring rain, yet [Tom’]s hair and face looked completely dry?”

7 | As entertainingly camp-tastic as Once Upon a Time’s Cruella is, can she cut down on the “dahhlings” by about 33 percent? Oh, and a couple of things about the theft of the Dark Curse: Once the fire was out, why did they “need” Ursula’s tentacle to reach for it? (Lazy much?) And as soon as Rumple boasted of his double-cross, why did none of the ladies simply race to the open doorway?

8 | Leave it to Looking‘s Patrick to make a funeral for a man he’s never laid eyes on all about him, right? 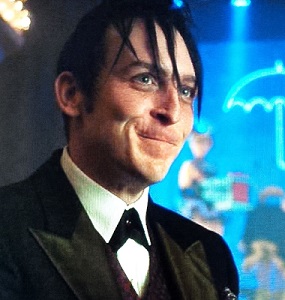 9 | Does Gotham mean for us to be this distracted by Penguin’s hair? (Between this and Fish’s mismatched eyeballs, who can hear the dialogue?) Also, are the fleeting bits of the Edward/Kristen C-story more compelling that the Dulmacher plot?

10 | Will The Voice ever alter its maddening backstories-to-performances ratio — thereby eliminating the dreaded Blind Audition montages? Or is it too tempting a means for producers to signal which Battle Rounds singers are nothing more than cannon fodder? Also, after a two-season respite, doesn’t Xtina seem more relaxed and genuine — or are you still longing for one of her replacements (Shakira or Gwen Stefani) to return to the big red chairs?

11 | Every time Chasing Life‘s Dominic starts to win you over again, does he take 300 steps back by flirting with Natalie? 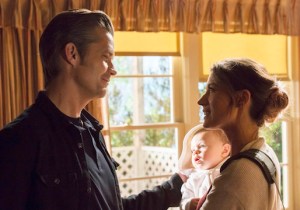 12 | On Justified, are we really to believe that not one person at the Marshals’ office hit pause on Intense Manhunt Mode to coo over baby Willa? Also, was Ty gouging the bullet out of his shoulder TV’s squickiest scene of the week?

13 | Wouldn’t New Girl‘s disastrous walk of shame have been solved had Jess and Cece borrowed a cell phone and called one of the guys at the loft to pick them up? UPDATE: Apparently they did borrow, albeit unsuccessfully, a phone. Thanks for playing!

14 | Whatever happened to the brownstone that The Mindy Project‘s Danny bought for himself and Mindy?

16 | ABC surely makes it worth his while financially, but how many often do you think Michael Strahan looks at his Good Morning America script and thinks, “I got up at the crack of dawn for this?”

17 | Has Cougar Town entirely forgotten about Chick’s Alzheimer’s diagnosis? Because we’re not OK with that!

18 | Wouldn’t the Empire security team have been prudent to follow Andre to a different room rather than make a scene in front of all the other employees? Is anyone else starting to root for Boo Boo Kitty? Lastly, is Empire’s Sloshed Cookie > Scandal’s Drunk Mellie?

19 | What’s more surprising: Modern Family‘s patience in rolling out the Andy-Haley romance, or the fact that Beth actually exists? 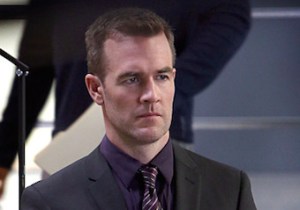 20 | Who’s responsible for naming James Van Der Beek’s CSI: Cyber character Elijah Mundo? Is that not the best fake name in the history of fake names?

21 | Jamal is out on Empire, two preteens are exploring their sexuality on The Fosters…. So why is Nashville‘s Will still hiding in the closet? Also, wouldn’t naming the new band “The Triple Exes” instead of “The XXXs” have sounded a lot less porn-y?

22 | Who else is enjoying Wednesday nights’ double dose of Steve Talley (on The 100 and Hindsight)?

23 | Can a Today producer have a chat with Tamron Hall about what is and isn’t a good morning-TV visual? Because we surely did not need a close-up of the co-host’s self-described “scaly,” peeling feet — yet we got one anyway.

24 | Were The Big Bang Theory‘s references to Star Trek a tad eerie in the wake of Leonard Nimoy’s death? And do you think the show will eventually address on camera the death of Sheldon’s idol, or just keep on playing Rock, Paper, Scissors, Lizard, Spock? 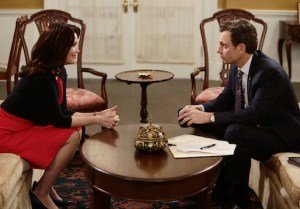 25 | Even given Scandal’s leap-y logic, how would Mellie possibly be qualified to run for President of the United States? Especially when she’d have to launch her campaign inside of two years? And as bold and ballsy and formula-shattering as the show has been since it returned in January, aren’t you ready for Scandal to get back to being, well, Scandal?