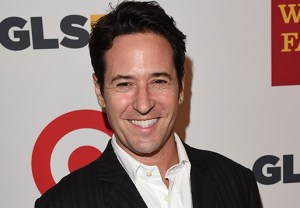 Rob Morrow (Entourage, Numb3rs) is about to make serious trouble for the Law & Order: SVU gang.

Morrow will guest-star in the NBC procedural’s April 1 episode (9/8c) as newsmagazine host Skip Peterson, whose sensationalized reporting about a campus gang rape inhibits Benson and her team from completing their investigation.

“Rob gives a charismatic portrayal of a reporter whose biases and ambitions trump his need to get the story right,” says showrunner Warren Leight.

* Jaleel White (Family Matters), Pauly Shore (Entourage) and Kevin Farley (Joey) will guest-star in an upcoming episode of CBS’ Hawaii Five-0, our sister publication Variety reports, playing married men who suffer from a bout of memory loss after a wild night out.

* Daniel von Bargen, best remembered for playing Kruger on Seinfeld and Commandant Edwin Spangler on Malcolm in the Middle, died this weekend at the age of 64. An official cause of death was not made public.