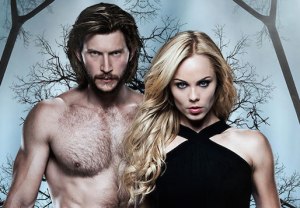 For Lost Girl‘s Stateside fans, the beginning of the end will kick off Friday, April 17 at 10/9c, Syfy announced on Tuesday.

Syfy will on that date uncork the first eight episodes of the supernatural drama’s fifth and final season.

April 17 is also when Syfy will premiere Season 2 of the Laura Vandervoort-fronted werewolf drama Bitten, starting with a two-hour premiere at 8 pm. (The show then makes its regular time slot debut the following Friday, at 9.)

Also coming up on Syfy:

Which of the above Syfy premieres are you most anticipating?