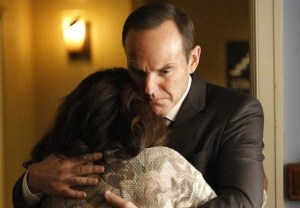 Coming out of the Agents of S.H.I.E.L.D. winter finale, you’d think that all of the drama would revolve around Skye and her reaction to whatever the fresh hell went on in that temple within the underground alien city.

But you’d be wrong. Instead, when Season 2 resumed, we saw that the whole of Team Coulson had something to say, opine or fret about Skye’s rogue pursuit of Raina, Trip’s ultimately fatal following of Skye and the earthquake that resulted from it all.

First, though, we got a flashback to 1983, where Jiaying (played by Dichen Lachman) is checking in on a young man named Gordon — aka that guy with no eyes glimpsed in the winter finale’s coda — as he teleports to and from within a room. We learn that Jiaying serves as a counselor of sorts to these types,  that without her guidance their souls would be lost. 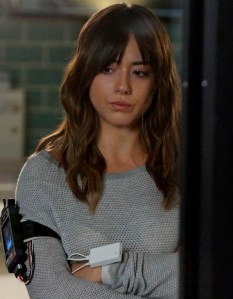 herself for giving Trip cause to descend into the subterranean city — and Mack, for one, is inclined to agree. Coulson contends that Skye may have helped them avert a worse catastrophe; regardless, the director is determined to “crush” those at HYDRA responsible, once they are done scrambling in the wake of Whitehall’s demise. Speaking of….

With Whitehall dead, a cabal congregates to deliberate filling that “vacancy” in management. Bakshi is the obvious candidate, but he is now missing (in S.H.I.E.L.D. captivity) — and Baron von Strucker wants no more mistakes. Instead, Dr. List decided that whomever “removes S.H.I.E.L.D. from the landscape” gets dibs on the plum gig.

As List wonders if Whitehall’s fixation with alien tech begot them anything useful, we cut to the underground city, where Simmons has been testing for structural damage before imploding the place. Raina — or whatever she has become — begins attacking (clawing at?) the workers, then escapes on the elevator to the surface. A shaken Simmons reports in on the skirmish, saying that Raina was covered in… thorns… and asks to “come home.”

Back at HQ, Bobbi 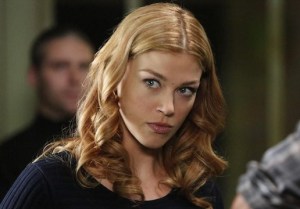 gives Skye props for being a “rock star” with her derring-do, but Mack — spooked as he was by being “taken over” by that “alien crap” — is having none of it. Rather, he lashes out angrily at Coulson and Skye and their obsession with the alien city in the first place. And as the argument gets heated, the room begins to mildly… quake. Coulson tells Mack that if Trip were alive he wouldn’t be “bitching” but “gearing up” to do what needs to be done.

Coulson pulls Bakshi out of his cell, to trade him to General Talbot for HYDRA help — but their convoy gets Michael Vaughn’d on the drive over, both Coulson and May “shot dead” in the aftermath. Bakshi is whisked away by Hunter (posing as an American HYDRA goon), who drops Bakshi off outside Bloom’s manse, after which Bobbi hops in the SUV.

At S.H.I.E.L.D., Simmons observes how Raina’s DNA (procured from the attack) has been rearranged with macromolecules into something “horrific,” teeing up her own anti-alien rant. As she puts it to Skye, “powers” are a plague, and we wouldn’t even need the Avengers if alien horrors hadn’t been unleashed into the world. (Me: “But… Avengers movies!?!”) Meanwhile in Puerto Rico, 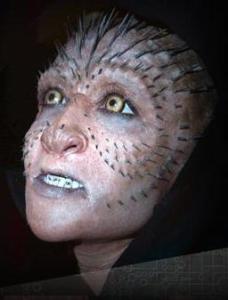 Cal is found by Raina, who asks — covered as she is with porcupine-like quills! — “What the hell have I become?” Because rather than evolving into some “divine” “angel,” she’s some “gnarled freak of nature” covered in thorns. (“You always didl ike flowers.”) She carps that Cal’s “thankless daughter” reaped the good stuff, or: “That bitch took what was mine!” Cal swats down Raina, then does a happy dance, mulling the prospect of “terribly afraid” Daisy needing his help. As for Raina, who wonders how she is to live like this? “Then don’t,” Cal coldly suggests.

Outside Bloom’s, Hunter taunts Bobbi about the secret she and Mack obviously are hiding; she covers by saying they’ve been hitting a “support group” for S.H.I.E.L.D. survivors. But Hunter’s skeptical about her self-help initiative, seeing as “emotionally healthy is not a phrase I’d ever use to describe you.” Inside Bloom’s mansion, Baksi posits to Dr. List that the baroness, the banker and the sheikh have targeted him; he then sends guards to surround Hunter’s SVU — but they are met by machine guns emerging from the side panels. Elsewhere, the baroness, banker and sheikh each get taken out, while Lance infiltrates the mansion to snuff Bloom. So many HYDRA heads lopped off in a jiffy!

Back at HQ, Mack 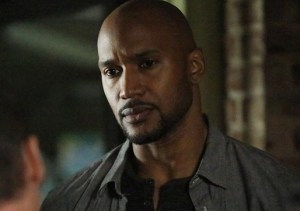 apologizes to Coulson for his outburst, while Fitz observes that Skye’s heart rate is 300 bpm — which is not just very fast but “inhuman” (with a lowercase “i”). He suggests that Skye survived the quake because she “caused it,” that Raina isn’t the only one who changed. “There’s something wrong with you.” This reality freaks Skye the eff out, to the point that her anxiety sets off tremors and pops light bulbs. Afterward, with the others around, Fitz lies that Skye’s DNA matched her previous sample and is clear of any alien tinkering. (As he then explains to her in private, her DNA “drastically” changed, but it’s best to wait until everyone calms down from the earthquake crisis. “You’re just different now. And there’s nothing wrong with that,” he comforts her.)

As the episode winds down, Raina steps into traffic to end her life only to surrounded by S.H.I.E.L.D. troopers, then “saved” by eyeless Gordon, who apparates and then just as quickly disappears with her in his arms. (“It’s OK, beautiful. I’ll show you the way.”) Meanwhile at S.H.I.E.L.D., the toy “Lola” that Mack made for Coulson secretly does a scan of the director’s quarters, seeking out Fury’s toolbox. When Mack reports that it is in fact locked inside Coulson’s office — and that he has secured the blueprints for the base — Bobbi responds, “OK, I’ll make contact soon.”

Want scoop on S.H.I.E.L.D., or for any other show? Email insideline@tvline.com and your question may be answered via Matt’s Inside Line. 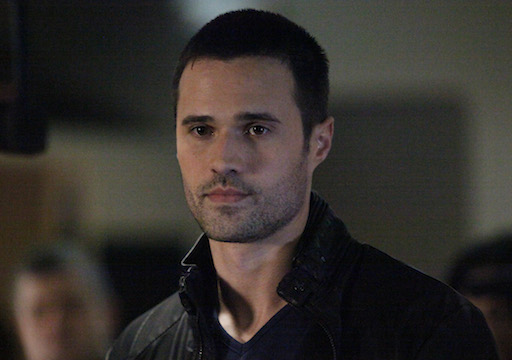