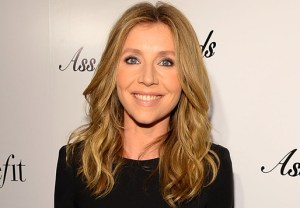 If all goes well, Sarah Chalke will be working for the weekend this fall.

The Scrubs alumna has been cast opposite Rob Riggle in the Fox comedy pilot 48 Hours ‘Til Monday, TVLine has learned, which follows one husband’s goal to live every weekend to the fullest.

Chalke is playing Riggle’s wife Kelly Bishop, a former TV news producer who quickly discovers that managing a home — especially one that comes equipped with three children — is far more “exhausting, time-consuming and frustrating” than the job she left behind. She’ll also have to deal with her chain-smoking mother Louise (played by Saturday Night Live‘s Jane Curtin), who’s crashing at their place.

In addition to Scrubs, Chalke’s extensive TV resume includes roles in Backstrom, How I Met Your Mother and Roseanne.