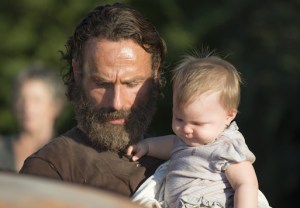 We’ve got questions, and you’ve (maybe) got answers! With another week of TV gone by, we’re lobbing queries left and right about shows including The Walking Dead, Castle, Parks and Recreation and How to Get Away With Murder!

1 | Was it more suspicious or suicidal of The Walking Dead’s Aaron to try to refuse the applesauce that Rick wanted him to eat? And we know he has other things on his mind, but: Isn’t it time Grizzly Grimes borrowed a razor and shaved?

2 | In Sleepy Hollow‘s season finale, where was the Katrina that was supposed to be in the 18th century? Doesn’t it make sense that she would’ve crossed paths with her 21st-century counterpart? And how did Jenny and Irving know that Henry had died, which allowed for Irving to regain ownership of his soul?

3 | We’ve all been thinking it, but after Chuck’s frantic run on Better Call Saul to steal his neighbor’s newspaper, are you any more convinced that the ailing bro is only suffering psychotically?

4 | On Castle, Beckett’s very first thought when the computer activated its self-defense mechanism wasn’t to phone for help? And really, where did the one guy Espo chased down on “Mars” think he was going to escape to? 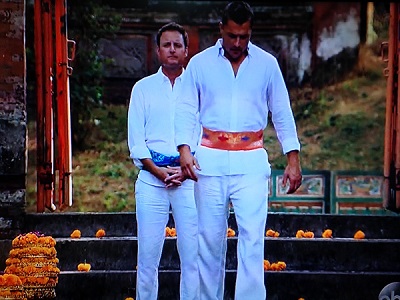 5 | How did Bachelor host Chris Harrison keep a straight face as he asked Chris to “please respect this holy place” seconds before the production used said ancient temple to conduct the post-fantasy suite rose ceremony?

6 | Is it a relief and/or surprise that Robert Quinn’s wife on The Fosters hasn’t turned out to be some horrible human being?

7 | Has Good Morning America ever had a sadder hour than on Tuesday from 8 to 9 when it A) revealed the Dancing With the Stars cast, B) featured a celeb gossip segment and then C) had onetime World News Sunday anchor Dan Harris Q&A the latest Bachelor castoff?

8 | Switched at Birth fans, how do you feel about Daphne’s new love interest Mingo? Are you hoping he changes his mind and starts dating her? 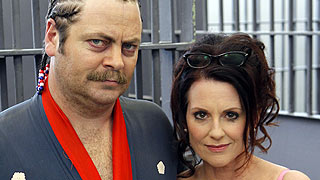 9 | Was the only shortcoming of Parks and Recreation’s otherwise perfect series finale that we didn’t get to see where Tammy II ends up?

10 | As great as it is that Person of Interest films on location here on the streets of New York City, is it kind of funny to see it drizzle in one scene, then be snowing in the very next?

11 | TVLine reader Lauren asks: “Is it too soon to want an Emery and Evan spinoff to #FreshOffTheBoat?” 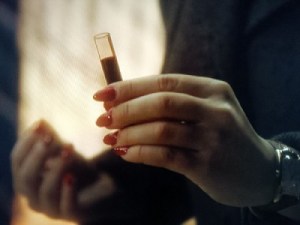 13 | What would’ve made New Girl‘s Jess think that Cece’s loft crush was anyone but Schmidt? (We know she can be a bit naive, but come on!)

14 | We hate to be the ones to say it, but is Cougar Town‘s final season lacking momentum? It seems the show is saving everything it’s got left for its March 31 finale.

15 | If you’ve been dutifully studying under Arrow‘s Ra’s al Ghul for years and years in dank and dreary Nanda Parbat — and especially if you’ve been dubbed “Heir to the Demon” — how miffed are you that Oliver Queen walks in and gets offered the top job? The same Oliver who got bested by Ra’s in a jiffy?! Also, is the show implying the sex with Felicity leads to genius-level epiphanies?

16 | How are The 100‘s Jaha and Murphy surviving in the desert with no food or water? 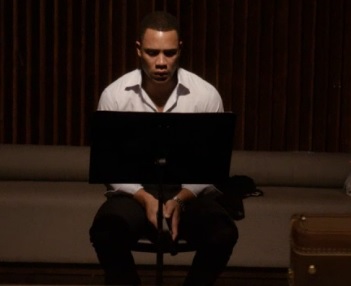 17 | Did you think Empire’s Andre was actually going to off himself? On a scale of 1 to Fall Off the Couch, how shocked were you by Cookie’s “long tongue” comment? And re: Jamal’s new romantic interest — are we still Team Michael or total converts to Team Ryan?

19 | Should The Middle‘s Hecks start saving up for Brick’s therapy now, or wait until they pay off Sue’s college tuition? (What kind of parents forget their son’s 13th birthday?!)

20 | Now that we know the source of Becca and Lolly’s falling out on Hindsight, was it as awful as you imagined? And does Becca have one too many love interests?

21 | Wasn’t it a bit surprising that Amazing Race contestant/New Kid on the Block member Jonathan Knight didn’t go for the dancing challenge in Wednesday’s detour? 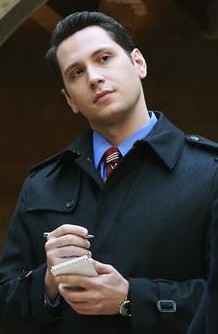 22 | Spoilers ahead! Now that How to Get Away With Murder has a season on the books: Can you remember all of the Keating Five’s actual names yet? And speaking of: Can Asher please dial down the douchery a notch (or 10) in Season 2? (Finding it charming does the Bonnie character no favors.) Shouldn’t Connor learn to park somewhere other than Annalise’s driveway? Was [spoiler]’s body under the stairs the entire time everyone was thinking she’d fled? And speaking of the freshly deceased: Who’s your prime suspect in her killing?

23 | Was Grey’s Anatomy’s Callie out of line for suggesting — in front of everyone — that Amelia is crazy for tackling Herman’s surgery without Derek? And as nice as it’d be to see Derek again, will you be disappointed if he rides in to save the day?

24 | How many times is Today‘s Al Roker going to try to convince us that the raw ginger-kombucha drink he sips throughout the broadcast tastes good? (Given co-hosts Natalie Morales and Willie Geist’s faces when they smelled it , we’re gonna stay far away.)

25 | Is the new Odd Couple aware of what year it is? Why on Earth would Oscar sit down to write an entire book with a legal pad and pencil? And who would ever agree to ghostwrite an entire autobiography in 36 hours?