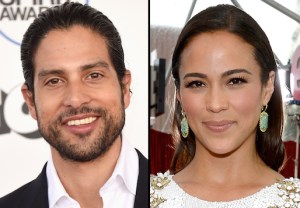 The drama project stars Patton as Lauren Marks, a woman whose perfect life is ripped apart when her husband dies in a plane crash — or did he? To uncover the truth, Lauren must follow a trail of lies that take her into the world of cartels and the illegal gun trade between the U.S. and Mexico.

Rodriguez, our sister site Deadline reports, will play Troy, a man who is hated by Lauren’s family because of a past tragedy yet may be the only person who can help find her husband.

Rodriguez’s TV credits also include appearances on Necessary Roughness, Reckless and the new season of The Night Shift.