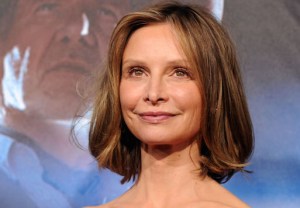 Supergirl will be taking orders from Ally freakin’ McBeal.

Described as J.Lo by way of Anna Wintour, Cat is the self-made founder of CatCo, a media empire that includes a global magazine and websites in multiple spheres. Having started her career as a reporter, she has the media savvy of Kim Kardashian with the entrepreneurial knowledge of Facebook’s Mark Zuckerberg.

Kara serves as Cat Grant’s personal assistant and it’s not an easy job. Being an assistant to a super-villain might be easier.

Flockhart recently guest-starred in two episodes of Showtime’s Lisa Kudrow comedy Web Therapy. She will next be seen in Season 2 of DirecTV’s anthology series Full Circle.

Other Supergirl series regular roles still to be cast include Kara’s science-minded foster sister Alex, her CatCo colleague Wynn Schott, and Hank Henshaw, the Supergirl-obsessed director of the DEO (Department of Extra-Normal Operations).