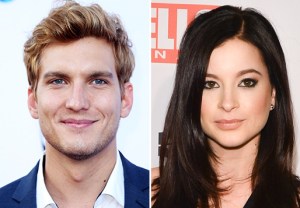 * Foster, who also recently wrapped an arc on Once Upon a Time, will play an entitled rich kid named Wick in the ABC drama Boom, which documents how the largest oil discovery in U.S. history triggers an economic explosion in North Dakota.

* Farber will star in the NBC comedy Take It From Us, in which a present-day husband and wife give relationship advice to their son, based on their experiences growing up in the 1990s. Farber will play the wife, Alyson, who came from a prominent family and ached to “change her life in a big way.”

* Chestnut will lead Todd Harthan’s untitled Fox procedural, formerly known as Rosewood, playing a charismatic pathologist “who can read living and dead bodies like a book.”

Your thoughts on these new castings? Drop ’em in the comments section below.