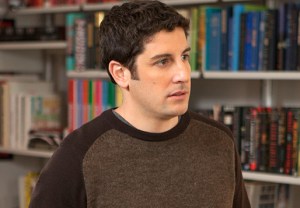 Orange Is the New Black has shortened Jason Biggs‘ sentence.

The actor, who portrays Piper’s (Taylor Schilling) ex-fiancee, Larry Bloom, on the Netflix series, will not return for Season 3.

“They’re not focusing on Larry at the moment,” Biggs told the Daily News. “Larry will not be in Season 3. But there’s always a possibility he can come back.”

Last viewers saw Larry, he and Piper had broken off their engagement and he’d begun a relationship with Piper’s best friend, Polly.

Orange Is the New Black‘s third season will debut on Netflix this summer.

Your thoughts on a Larry-less Season 3? Drop ’em in the comments section.