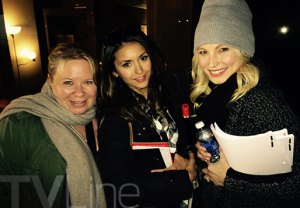 After six seasons, 125 episodes and more doppelgangers than you could shake a moonstone at, executive producer Julie Plec finally makes her directorial debut with Thursday’s Vampire Diaries (The CW, 8/7c) — and we’ve got the exclusive behind-the-scenes photos to prove it.

TVLine invited the first-time director to document her maiden voyage — one that, believe it or not, took quite a bit of convincing on Plec’s part.

And so began Plec’s foray into directing, one that would include a co-ed slumber party at the Salvatore mansion, a girls night out (of sorts) with Nina Dobrev and Candice Accola, and a pancake feast with Ian Somerhalder and Kat Graham. It’s truly all in a day’s work for her.

So click through the gallery below to follow Plec’s entire directorial journey, from her first “Action!” to her long-awaited (and well-deserved) mid-season wrap celebration — which may or may not include a Santa hat. (OK, fine, it does.) 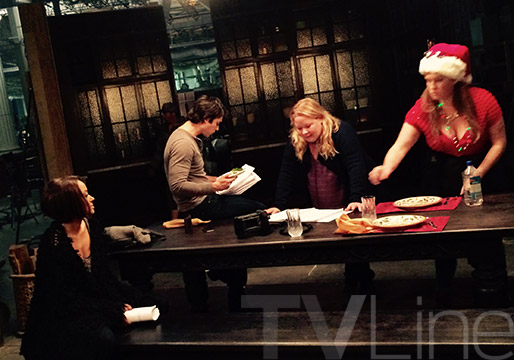