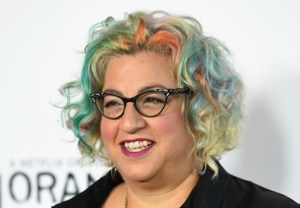 HBO is taking on a whole New World — and Jenji Kohan is leading them there, no magic carpet necessary.

The premium cabler has given a pilot order to a period drama from the Orange Is the New Black creator, our sister site Deadline reports.

Though the network is staying tight-lipped about plot specifics, New World reportedly will explore the circumstances around a particularly compelling chapter in American history, where intolerance reigned supreme and led a town to mass hysteria. (Rumor has it that the 17th-century Salem Witch Trials will play a role in the drama.)

Kohan will write the pilot, along with Bruce Miller (Eureka) and Tracy Miller, while Gus Van Sant (Good Will Hunting) will direct.

Production on New World will begin in Boston this spring.