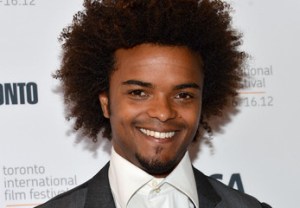 An Original vamp is sinking his teeth into Marvel’s A.K.A. Jessica Jones.

Eka Darville — who recurred on the CW drama as Marcel’s bloodsucking buddy, Diego — has joined the Netflix original series as Jessica’s neighbor, Malcolm, Marvel has announced.

Malcolm’s own journey will intertwine with Jessica’s quest in a surprising way.

Additionally, True Detective‘s Erin Moriarty will play Hope, a young girl who becomes a client of Alias Investigations, and Once Upon a Time‘s Wil Traval will co-star as a NYPD cop who takes “protect and serve” very seriously.

* Jill Marie Jones (Sleepy Hollow) will star opposite Bruce Campbell in Starz’ Ash Vs. Evil Dead, our sister site Deadline reports. After the grisly murder of her partner, Jones’ disgraced Michigan State Trooper sets out to find Ash (played by Campbell) and prove he’s responsible for the crime.

* Legendary actor Dick Van Dyke (Diagnosis: Murder) will appear on The Middle as the uncle of Patricia Heaton’s character and the estranged sibling of Tag — played by his real-life brother, Jerry Van Dyke, EW.com reports.

* Halt and Catch Fire has tapped Mark O’Brien (Republic of Doyle) and Aleksa Palladino (Boardwalk Empire) for roles on Season 2 of the AMC drama. O’Brien will play Tom, who runs the IT department at a law firm and is an early and enthusiastic adaptor of Mutiny’s offerings, while Palladino portrays Sarah, an erudite and well-traveled freelance journalist who has recently reconnected with Lee Pace’s Joe.

* Musician/actor Kid Cudi (How to Make It in America) will replace current Comedy Bang! Bang! bandleader Reggie Watts on the IFC series. Watts is starting a new gig on The Late Late Show With James Corden.

* CSI is coming to Hulu! The streaming service has acquired the exclusive subscription video on demand rights to all previous seasons of the CBS drama. Hulu Plus subscribers will be able to stream all episodes beginning in early April.