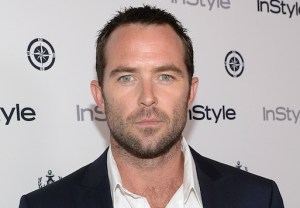 NBC is quickly filling its Blindspot.

Produced by Arrow boss Greg Berlanti, Blindspot centers on a beautiful woman, with no memories of her past, who is found naked in Times Square with her body fully covered in intricate tattoos.

Per our sister site Deadline, Stapleton will play Special Agent Kurt Weller, the leader of an elite FBI unit tasked with investigating the woman — who suspiciously has his name written on her back.

In the meantime, Cinemax will debut Strike Back‘s fourth and final season — production of which was delayed after Stapleton suffered a serious off-set injury — this summer.