Anna Friel is a wanted woman — a U.S. soldier targeted by her own country — in the new NBC drama American Odyssey, and TVLine has your first look at the poster for the series as well as a nailbiting new trailer. 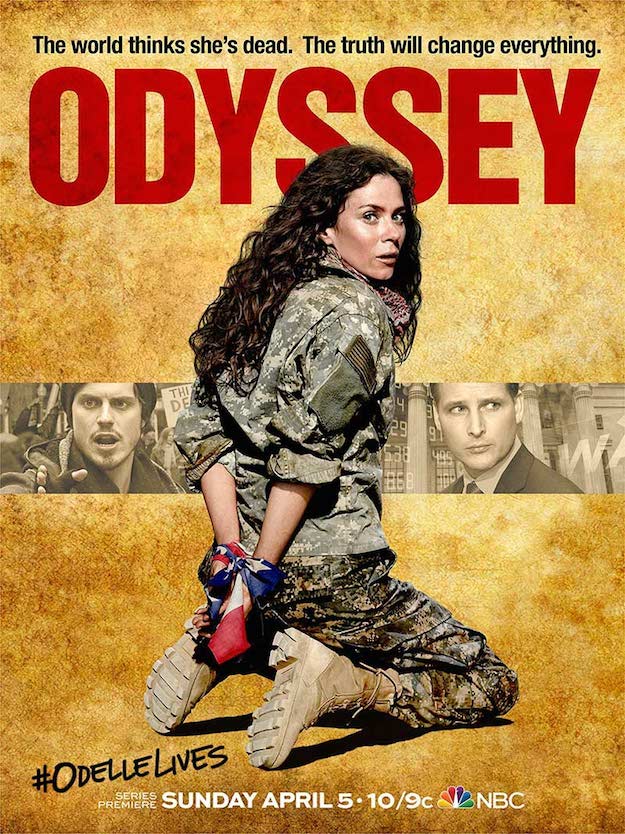 In the Traffic-like action drama (premiering Sunday, April 5 at 10/9c), after a team of soldiers takes out Al Qaeda’s top commander, Sgt. Odelle Ballard (played by Pushing Daisies alum Friel) discovers files that prove that a major U.S. corporation is funding the jihadists. Before she can blow the whistle, her team is attacked, all presumed dead. But the truth is that Odelle survived and is the only witness to her unit’s assassins: Blackwater-type private military contractors.

As Odelle struggles to find her way home, a U.S. Attorney turned corporate litigator (played by Peter Facinelli, Nurse Jackie) finds himself embroiled in a merger with the company that funded the jihadists, while a political activist (Jake Robinson, The Carrie Diaries) meets a hacker (Nate Mooney, The Riches) who claims to have unearthed a military-industrial-complex conspiracy.

Watch the new promo below and tell us: Will you be tuning in?