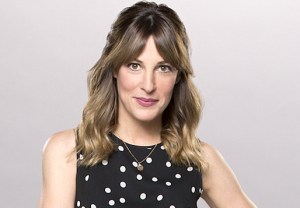 After nearly 25 years on television, The Odd Couple star Lindsay Sloane is accustomed to playing the neurotic type. What she’ll never get used to is the guest stints that find her fake-sexing it up with an actor she barely knows, like her time working with Mark Duplass on The League.

“I remember meeting Mark in the makeup trailer,” she tells TVLine. “Cut to three hours later, and I’m in lingerie in bed with him, playing this girl who’s crushing his penis.” Ouch!

“I just remember the whole time thinking, ‘What kind of business am I in that just this morning I was shaking this person’s hand, and now I’m in this situation where I’m on top of him?,’” Sloane recalls. “It was totally crazy and blowing my mind.”

She laughs, adding, “He’s now one of my closest, closest friends, so maybe I should start saying ‘yes’ to jobs like that more often!”

At TVLine’s request, Sloane discussed the many highs and lows of her lengthy career. Click through the gallery below to hear what she has to say about multiple roles on Sabrina the Teenage Witch and Psych, the How I Met Your Mother part she held out for, and the slow burn of her newest TV romance in CBS’ upcoming The Odd Couple (Thursday at 8:30/7:30c, CBS). 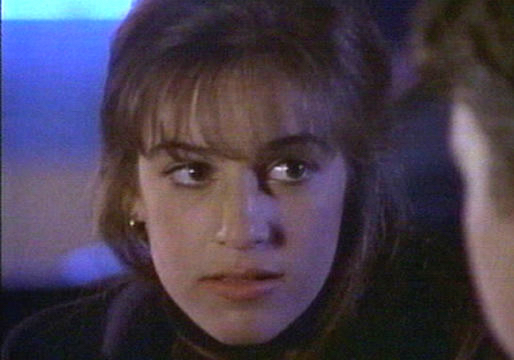