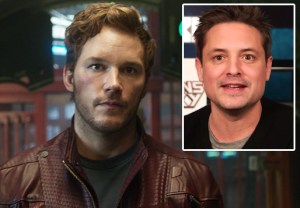 After successfully meeting the World, Will Friedle will next become acquainted with the Galaxy.

The Boy Meets World alum has been tapped to voice Star-Lord — made famous on the big screen by Chris Pratt — in Disney XD’s upcoming Guardians of the Galaxy animated series, the network announced Wednesday. Guardians will premiere later this year.

The following Guardians of the Galaxy test footage was screened in Oct. 2014 at New York Comic-Con:

Your thoughts on Friedle’s casting? Drop ’em in the comments section below.