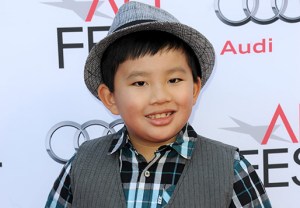 Albert Tsai is, apparently, just what the doctor ordered.

Tsai will play the son of Ken Jeong’s titular character, a frustrated HMO doctor who is juggling medicine, marriage and parenting — and succeeding at none of them.

Following Trophy Wife‘s cancellation, Tsai booked guest-starring roles in USA Network’s Benched and ABC’s Fresh Off the Boat. He previously worked with Jeong in an episode of TV Land’s Hot in Cleveland.