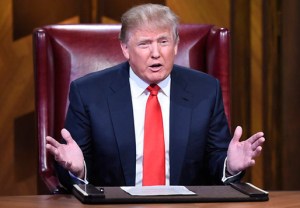 This season’s winner wasn’t the only major announcement made during Monday’s live Celebrity Apprentice finale.

Mere minutes before the champ was crowned, Donald Trump revealed that NBC has decided to renew The Apprentice for a 15th season, which will likely bring about the eighth round of Celebrity Apprentice. No return date was announced.

TVLine’s Renewal Scorecard has been updated to reflect the Donald’s big news.

Apprentice faithful, do you believe Gibbons deserved to win? Browse finale photos, then drop a comment with your thoughts, and any unresolved issues, below.