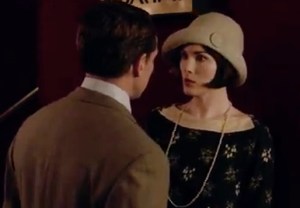 Sunday’s episode of Downton Abbey featured two engagements, a (brief) reunion of lovers and, sadly, the beginning of the end for a cherished — albeit ill-named — member of the Crawley family.

First thing’s first: Thanks to a blunt tip from Mrs. Drewe, who remains the biggest victim in this whole ordeal, Cora was made aware of Edith’s secret and became more determined than ever to find her. Robert, however, remained in the dark because, while it was Cora’s right as Edith’s mother to know the truth, the Dowager Countess quipped that Robert is a man, and therefore, he “has no rights.” Girl. (Side note: Kudos to Cora for saying that they should find out what Edith wants to do, rather than trying to tell her how to proceed.)

Atticus, of all people, suggested Cora and Rosamund look for Edith at the publishing house — and wouldn’t you know it, that’s exactly where she was hiding. It seems she planned to whisk Marigold away to America for a fresh start, but chickened out at the last minute. (As I’m sure Mary would be quick to point out, Edith can’t even disappear properly!)

And while her plan isn’t without its holes, Cora proposed that Edith raise Marigold at Downton; if anyone asks, the Drewes simply couldn’t afford to look after her anymore. For lack of a better option, Edith agreed to go along with Cora’s charade, returning to Downton to continue her sad, single life of lies. Oh, Edith… 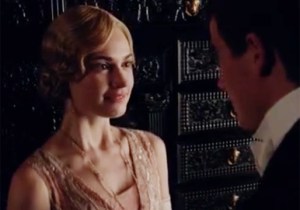 POP GOES THE QUESTION | Speaking of questionable proposals, with so many established couples this season — take Mary and Tony, for example, or even Isobel and that stone-cold stud Dickie — I never would have expected Rose to walk down the aisle as Downton‘s next bride. But clearly my bride-dar needs some fine-tuning, because she indeed accepted Atticus’ proposal this week, despite his father’s concerns about their religious differences. (Hey, maybe she can get Jack Ross to sing at the reception!)

GAME OVER | Mary, meanwhile, couldn’t be any further from the second wedding that seemed like such a sure thing earlier this season. (Yes, I’m still bitter about the Tony-Mary nuptials that almost were. Just let me grieve!) Anyway, Charles Blake — as part of his ongoing efforts to accomplish God-knows-what — planted a big ol’ kiss on Mary right in front of her former suitor, giving both Tony and the ever-pleasant Mabel Lane Fox their cue to exit. But despite Mary finally being rid of Tony, and seemingly interested in Charles again, Mr. Blake also took off, leaving Mary alone and confused. #HappyValentinesDay 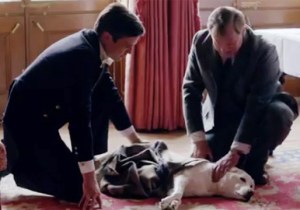 THE BIG C | Lastly, it is with a heavy heart that I discuss the impending death of Robert’s apparently cancer-stricken dog Isis — who, let’s be real, would have remained in perfect health if a certain real-life extremist organization hadn’t made her name synonymous with pure evil. (Once again, the terrorists have won.)

Odds and Ends:
* As happy as I am for Isobel, how heartbreaking was it to hear the D.C. admit that she’s sad to be losing her closest companion?
* Confession: I hope Bates ends up going to prison forever and ever.
* Conversely, I’m really hoping Tom doesn’t decide to move to America. (Damn you for putting those ideas into his head, Miss Bunting! Damn you!)
* And I know he’s supposed to be a jerk, but I’m always happy to see Lord Eyebrow. He’s like a cartoon villain come to life.

Downton faithful, are you bummed about Isis’ diagnosis? Excited for Rose and Atticus’ wedding? Confused about Mary’s relationship status? Drop a comment with your thoughts on Season 5’s penultimate episode below.