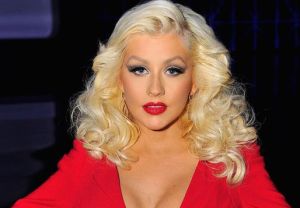 Apparently, what a girl needs is a side gig.

Pop diva Christina Aguilera will extend her TV presence beyond her coaching role on Season 8 of NBC’s The Voice with a multi-episode arc on ABC’s Nashville, according to People.com.

Aguilera is set to play Jade St. John, a chart-topping pop princess who yearns to unleash her inner twang on a country record — and might finally get the opportunity during a two-night stand in Music City.

The “Dirrty” singer returns to the panel of NBC’s smash singing competition on Feb. 23; she has not been part of The Voice‘s coaching lineup since taking a leave of absence to give birth to her daughter Summer Rain after Season 5.

Excited to see Aguilera spread her wings (and soar) on Nashville? Which characters should Jade befriend (or dislike)? Sound off in the comments!